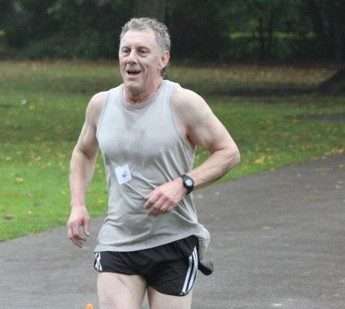 Unfortunately neither the first in line (nor the first, second, third and fourth reserves) were able to get their Member Spotlight finished in time for this month, so in the spirit of the football manager lacing his boots up, here’s one to keep the kettle boiling for February.

I started longer distance running simply because I enjoyed it.  While the rest of my class sat around waiting to bat during cricket in PE, I ran laps round the track.  This was the mid ‘70s and the jogging boom with its fun-running offspring was still some years off.  Back then it seemed like no-one ran just for the enjoyment of it and, other than the odd fly-past by some elite runners from Harriers, there usually only seemed to be me pounding the streets in my football shorts and plimsolls.  Everyone told me I was mad, going out for long runs and, unbelievable as it seems today, it was such an oddity that every time I went for a run I could guarantee that some passer-by would jeer or shout, “Get your knees up!”

Running soon became a fundamental part of who I am and over the years assumed an almost spiritual quality.  I think the best way to put it is to say that if I go for a walk somewhere I am a tourist taking in the views, if I run the same route I become part of the place.  Even so, it was over a decade before I ran my first race, the “Back the Track” round Burtree Lane organised by the Harriers and it was almost two decades before I got a bit more competitive with my running.  Some people that I worked with at the Post Office ran for Shildon Running Club so I joined them and started training more regularly. 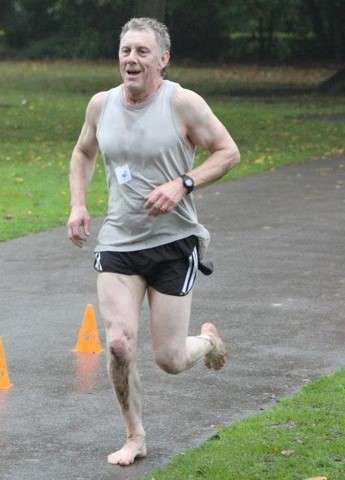 When and why did you join Quakers and what is it that’s kept you paying your membership all these years.

I first encountered the Quakers just after they had formed, bumping into a group of them while I was out on a run.   They were an affable lot; they ran the sort of off-road, off-beat races that I loved and as they were in my home town I ended up training with them and travelling to races with them.  Being a loyal sort I was reluctant to leave Shildon but after a couple of years it was apparent that I was a Quaker in all but the colour of my vest so I made the change.   Thus began my first spell with the Quakers.

In October 2000, I was running for Quakers in the cross country at Wallsend.  Three quarters of a mile from the finish and in first counter position for the club, my Achilles tore really badly.  Rather than stop, I hobbled to the finish and to cut a long story short, effectively spent the next 10 years out injured.  I kept my Quakers membership up until 2003 by which time it seemed like I would be unlikely to be able to run again so I reluctantly resigned.   My son, an ex-Quakers junior, had joined Harriers to do sprinting and I learned that if you were a member of Harriers you could get into the Eastbourne leisure centre for a pound.  I joined and as I was still trying to run I would perhaps attempt a Tees Forest Trail Race as a Harrier once a year but my fitness was so low that I once hit the wall on the second lap of a two lap 5km.  My “Groundhog Day” injury consisted of; start with a couple of minutes jogging; gradually over a month build that up to 20 mins; get injured as soon as I tried for more than 20mins; repeat.  Except, in about 2009 or 2010, I found I could sometimes go a little bit further and one time I got round the White Horse Handicap course in one piece.   I resigned myself to paying more for the gym and re-joined Quakers.

Purely in terms of running then typically none – I still spend more of the year out injured than I do running.  But I do other training and for the past 5 years I have been fairly obsessive about making sure I manage 4 sessions per week and I think that consistency has made a big difference.  Until very recently this consisted of one weight training session and three cardio sessions per week.  If I am not injured then the cardio is always running because nothing else comes close to the good vibes you get from running. A good week would see me do 15 miles in total; an exceptional week 20.  As I don’t train often then most of that is tempo-level or harder.  Now that I have turned 60, I have upped the weight training to twice a week to try and delay the inevitable decline in muscular size and strength that comes with age but that will mean cutting back on the cardio to accommodate that.

I love training!  In fact I might be a bit weird really but when I start training it’s like I’m a different person.  I become really competitive and for example even if Mo Farah lined up alongside me it would be a case of, “Come on Mo; let’s see what you’ve got”.   I like to think of this as my inner animal that I suspect that it’s just an over-active adrenal gland.

Then only other sport I like is rugby.  I never played it beyond sixth form but wish I had as my attributes are more those of a scrum half than an athlete.

Other than my family, there are really only two things that define me; running and my love of wildlife.  I’m interested in all kinds of plants and animals but the type that I have principally been involved with is bats and I’m secretary of Cleveland Bat Group among other things.  A few years ago I had a go at writing about wildlife and I intend to pick that up again this year. 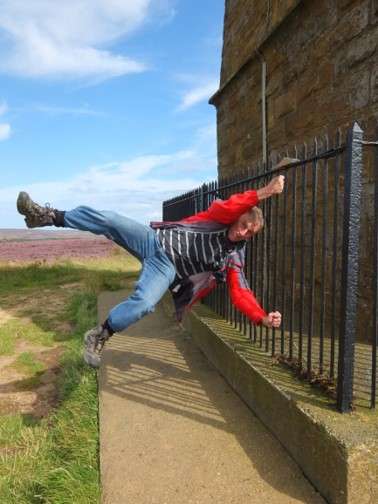 What are your longer term athletics goals?

My best distance is probably 60m but my favourite is a 3-4 mile trail race with lots of twists and turns and preferably a few things to jump over.

I have three pairs of trainers and a pair of plimsolls which I rotate between.  I wear them until they wear out which probably isn’t a problem as I seldom run on road or for long distances and never both.  I also have a pair of fell shoes and the use of my son’s track spikes.

I’ve experienced it.  Running on the hills above Marske in Swaledale on a summer’s evening.  The ground was so springy that it felt effortless and I just kept getting faster and faster; closest I’ll ever get to flying.

I’ve experienced that as well; a 10k consisting of three laps round an industrial estate.

Increase cadence; activate glutes; roll calves – probably the only reasons I can run at all.

Don’t just do running; you need some core strength and mobility work. Don’t run to get fit; get fit to run.

The race is the reward; the relaxation is planning the next one.  On a practical level, I always have a protein shake and some carbs.  Doesn’t matter what the carbs are but cake would be my first choice. 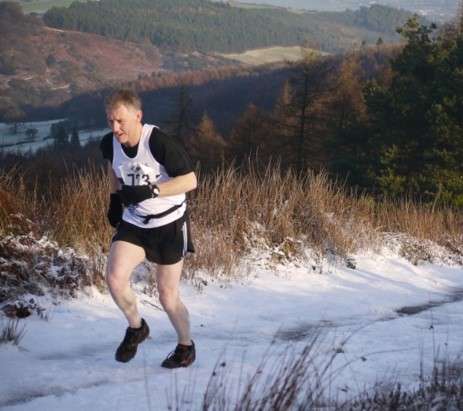 Easiest question of all; I love mountains and would love to run through the Alps.

← Quakers Member Spotlight, January 2020 – Michael King Member Spotlight March 2020 - Phil Clarke →
We use cookies on our website to give you the most relevant experience by remembering your preferences and repeat visits. By clicking “Accept All”, you consent to the use of ALL the cookies. However, you may visit "Cookie Settings" to provide a controlled consent.
Cookie SettingsAccept All
Manage consent