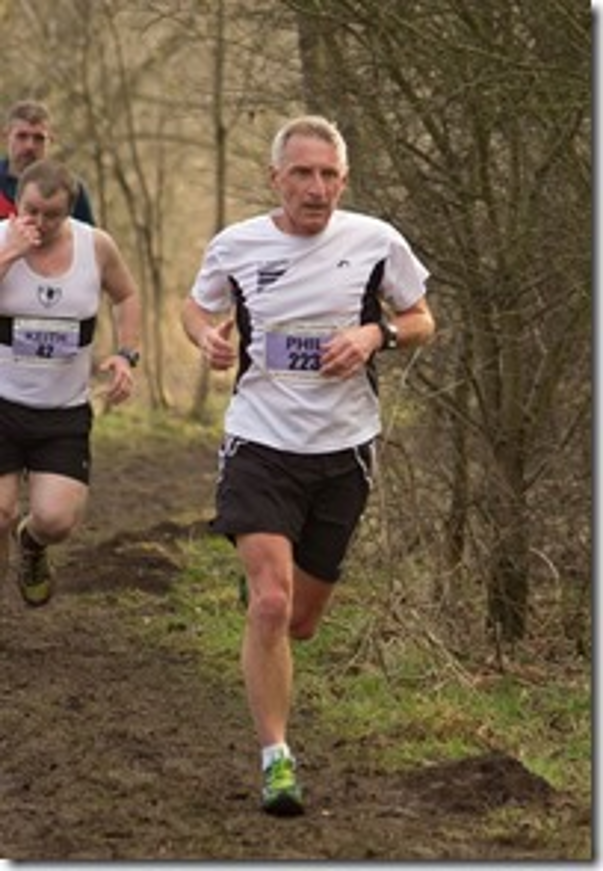 He’s living proof, were it needed, that Southerners aren’t soft but even so his first run “Up North” was grim.

How did you come to join Quakers?

I moved up North in October 2014 to be nearer to my family who live in Tynemouth and Manchester. I had lived and worked in Luton for ever and escaped to live in a Bedfordshire village. Here I joined a local running club called Ampthill and Flitwick Flyers and was a member for 10 years. Being a member of a running club is so important and helpful. Coming up North, not knowing anybody was an obvious challenge so joining a running club was a must but which one? Looking on line I had plenty of choices and picked Quakers because it had the BEST website. I moved into Eppleby on the Friday, did lots of unpacking, found my kit, helped to look after my two year old grand-daughter and on the Sunday did my first race the Richmond Castle 10k. That’s running addiction!!! Welcome to running up North, what a tough race the hardest 10k I’ve ever done. I found out it’s classed as one of toughest 10k in the country.  Great bragging to my old mates back at the Flyers.

Running started back in 2000. I did a lot of running in my team sports. I stopped playing rugby in my thirties, football in my forties and finally cricket in my fifties. At the end of my daughter’s first year at university she went off to Camp America for a 10 week placement. She came back heavier than she had been and decided to take up running. It seemed like a good way to keep fit so I joined in. The rest is history 20 mins became an hour and then my first 10k determined to beat my age 53yrs, did it just under in 52mins. Did the Great North Run with Jo and to keep going, joined the Flyers.  I have always been in awe of runners who train on their own for marathons.  It’s so much easier with the support you get from clubs.

I train accordingly for individual races. I always used to follow 16 week schedules for marathons and the training is often rewarded with PBs in other distances and well as getting you round in one piece. Old age and more injuries are a nuisance, so training is only a couple of runs a week now. Training is better if you go with other runners for encouragement and challenges and go to the excellent twice weekly club sessions. Once I met my group for a 15 mile training run with temperatures -8 C.  Would you go out on your own, No!!!

I have always been sports mad and still am. Apart from running  I play badminton twice a week, go to the gym most days and have mastered, I think, Pilates plus walking at least once a week at least 5miles+. Running goals are important to all us. I try to set some at the start of each year.  This years are to do more races, to enjoy, train well, keep injury free, not worry about times but try to improve my race standard percentages.

Favourite races are too many to mention. If you do well and are satisfied that is your favourite until the next one. However three I remember, Silverstone 10ks – you change in the pits, the chequered flag, the stands and the fast runners take the Grand Prix Louis Hamilton racing line so you do. The Northumberland multi terrain Coastal Run and a 5k in Florida in the early morning heat; missing singing their National Anthem as I was in the bushes and then winning the v60 prize upsetting an American who usually wins it- happy days!!

What are a few of your favourite things? My best percentage was 82% for a 5k race so therefore that must be my favourite distance. That was my proudest moment as it was as an individual achievement, but winning AFFs club run of the year and a couple of Bedfordshire age County championships was brilliant as I was against my peers.  Remember Bedfordshire is a very small county with few clubs compared to the Might of County Durham.

The only thing that I regret with running is that I wish that I started when I was younger.

My best tips for racing is don’t get excited with the occasion with all that adrenalin flowing and start off TOO FAST (I always do even after 15 years), you’ll pay for it, Good pacing, Warm up and cool down appropriately, Have three different times in your head especially for a marathon happy, elated and satisfied, train well and play the Alphabet game to take your mind of pain when hitting the wall.  Stick at it. Simply it’s a great sport! ← Member Spotlight February 2020 - Ian Bond Member Spotlight Lee Morris →
We use cookies on our website to give you the most relevant experience by remembering your preferences and repeat visits. By clicking “Accept All”, you consent to the use of ALL the cookies. However, you may visit "Cookie Settings" to provide a controlled consent.
Cookie SettingsAccept All
Manage consent