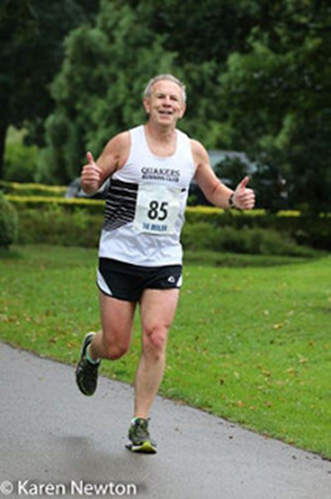 Not many runners can claim to have crossed the finish line ahead of Usain Bolt and Mo Farah but that’s not why he got the OBE. 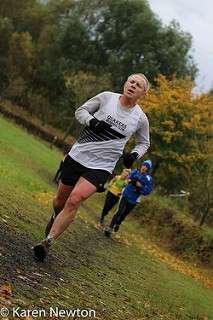 How did you get into running and why?
I’ve been an overgrown schoolboy about sport all my life, but going to grammar school way back in the last century opened my eyes to the opportunities that sport offers and its power to change lives. I had a go at everything enthusiastically but was generally undistinguished , but good enough for rugby in winter, with cricket and athletics in summer. I was faster than most, so I was a good on the wing (rugby was more open then than it is today and the threequarters were the glamour boys, so I loved running round people and scoring tries) and in athletics, 100 and 220 yards were my distances; there was no metric nonsense then. Once round the track – 440 yards – was lung-bustlingly difficult and the limit of my endurance. Longer distances were things to avoid, something you were forced to do when the rugby pitches were waterlogged and in entirely inappropriate kit usually found in the lost property locker. I’ve been conditioned to avoid cross country ever since.

‘Serious’ running didn’t start until the ‘first’ running boom of the early 1980s when the London Marathon and Great North Run encouraged me to start running during the week to run the stiffness out of my legs after playing rugby at the weekend. My first distance race was the Robin Hood Half Marathon in 1982 and I’ve never looked back since, though I’ve never won a race since leaving school!

What kept you going when you first started running?
Running soon became an essential release, particularly after a tough day at work as I shinned up the greasy pole trying to build a career. A run straight after work re-humanised me before getting into the pleasures of family life. Don’t all runners seek that high when you’re in the zone, when you’re in tune with the rhythm of running and breathing easily, when distance passes with no recall of where you have been because you’ve been on auto-pilot? Unfortunately, that doesn’t happen often these days

I try to run every day, early mornings before breakfast, unless an injury (probably through over-training) intervenes. It has become as natural as brushing my teeth regularly. I’m on a ’streak’ presently and haven’t missed since early January. I’m averaging 28mpw this year.

Be honest, do you enjoy training?
I always enjoy it when I finish. Since all parts of me ache when I first get up these days, sometimes it’s a struggle to get going and I have to battle with my inner self to finish what I started rather than cut it short. But I always feel better after a run whatever the distance or the weather.

Do you do any other sports or fitness activities?
My long suffering wife and I have been going to The Lake District as often as possible ever since we met at University as geography students. So I like to do long walks, although I don’t get up on the high fells quite so often these days. And when I’m injured I’ll resort to the bike or swimming, but I don’t enjoy them as much as running. 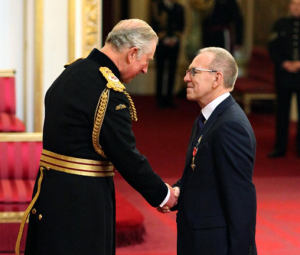 Do you manage to fit in any other hobbies?
I love watching rugby, although I prefer league rather than union these days and football – I’m a trustee of Middlesbrough Football Club Foundation, although I’m a Derby County fan born and bred. And I’ve been involved in volunteering all my working life, so as a trustee of 3 charities and company secretary of a fourth, I manage not to get under my wife’s feet too much.

My first Great North Run in 1987 and first London Marathon in 2003 were special. So too were half marathons in France and The Netherlands with Quakers on tour. I felt very privileged to do a 10k in the Olympic Park before London 2012 and because the finish was in the Olympic Stadium, I crossed the finish line weeks ahead of Usain Bolt and Mo Farah.

To continue being fast enough to turn left after the briefing at Darlington parkrun rather than right for as long as possible and getting my purple T-shirt for volunteering.

What are your longer term running goals?
I’m only 142 parkruns short of a blue parkrun T-shirt for 500 outings, so as I long as I can stay ahead of the Grim Reaper, I should get there in something over 3 and a half years post-pandemic with a fair wind.

What is your favourite race/distance/terrain?
I used to dislike 5ks but (mostly) enjoy them now, particularly as a parkrun tourist, but I enjoy longer distances in the right conditions too – I’ve a couple of half-marathons in me yet.  Now I’ve ‘matured’ and times don’t matter anymore, I like getting out off- road on softer ground and enjoying the scenery.

What are your proudest running achievements?
Introducing my 3 granddaughters to junior parkrun.

Not doing Pilates for core strength.

How many pairs of trainers/ running shoes do you have and do you have a favourite pair?
Three pairs of road shoes and two pairs of trail shoes. They are all Asics – I’ve been buying the same brand for 15 years or so now.

Running alongside water in dappled sunlight.

What is the best piece of running advice you’ve ever been given?
Life isn’t a sprint and there are lots of bumps in the road. Don’t push it and learn the pleasure of pacing.Any advice to newcomers to running?
“Grant me the serenity to accept the things I cannot change, courage to change the things I can, and wisdom to know the difference” (Niebuhr). 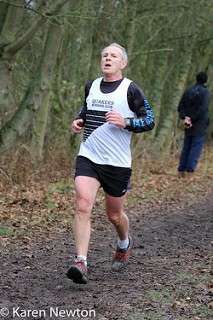 What keeps you going when the going gets tough in a hard race?
Breaking it down into small chunks.

If you could run anywhere in the world, where would it be?
The Lakes, but when we’re at home, running along the River Tees suits me fine.

← Quakers Member Spotlight, April 2020 – Lin Gossage Quakers Member Spotlight, April 2020 – Phil Rutter →
We use cookies on our website to give you the most relevant experience by remembering your preferences and repeat visits. By clicking “Accept All”, you consent to the use of ALL the cookies. However, you may visit "Cookie Settings" to provide a controlled consent.
Cookie SettingsAccept All
Manage consent