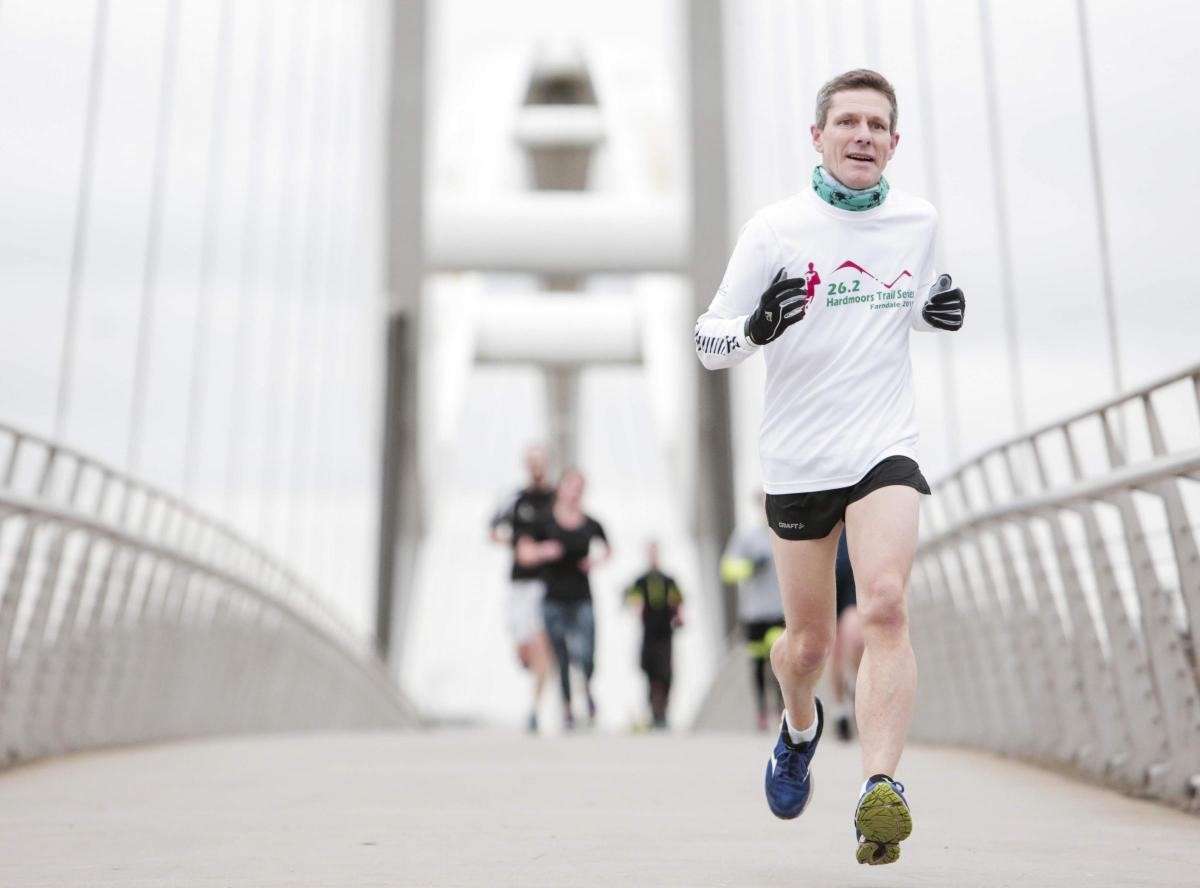 When he’s not running across the moors with his eyelids frozen shut he’s ski-ing down Roseberry Topping without skis.  This week the spotlight falls on Phil “don’t try this at home” Rutter. 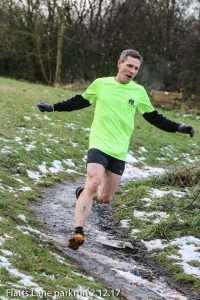 I started running was I was 33, way back in 1999. I had done a fair amount of cycling in my twenties, but now I had a family, I felt I needed a form of exercise that wasn’t too time consuming. My initial test run was from my house to Elm Ridge; about a mile. I survived it and went down to JJB Sports for some proper shoes.

I entered the Darlington 10K to have something to focus on and spent the summer training for it.

Not enough. Perhaps three times a week, occasionally four. I’ll only do long runs if I’ve entered something that’s long.

It largely depends on the weather. If it’s cold, damp and dark, it’s not always easy getting out of the house. I don’t do much structured training these days. It’s more like just going out for a run, which isn’t too daunting.

I enjoy walking. If I’m honest I prefer it to running, because you see so much more of your surroundings. Trail running is great, but I tend to spend most of the time watching my feet. I did a race at Goathland where you ran through a waterfall. Afterwards I had no recollection of it. I went back to see it. It was a big waterfall!

In 2009 I had constant knee problems and stopped running for more than four years. I kept fit by doing long distance walking. I walked six National Trails where I would pack a rucksack and do things like the Cotswold Way; 100 miles over five days staying overnight in pubs and B&B’s.

A favourite local trail of mine is the Lyke Wake Walk. It’s around 40 miles over the moors and most years I try to walk it overnight on my own. It’s quite an experience.

The furthest I’ve walked in one day was 70 miles in 23 hours, around the Isle of Wight. 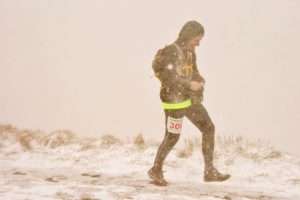 Tell us about some of the races that you’ve done in the past.

I ran the Hardmoors 55 mile race in 2018 when the Beast from the East snow blizzards returned from Siberia. The worst section was running in the dark along the moorland track to Kildale. Conditions were horrific with 70 mph side winds blowing snow horizontally across the moors. At one point my eye froze shut and I had to prise the eyelid apart. When I reached Kildale, my buff was covered in small icicles from my breath. I just made it out of the checkpoint before the race was called off, finishing in 13 hours.

Another race that I’ll never forget was the 2003 Darlington 10K. Britain was sweltering in a heatwave and that morning runners were expecting to suffer in the heat.  As we stood at the start, suddenly the sky turned black and a severe thunderstorm began. It was so dark, the streetlights came on. Roads were like rivers and small branches were torn from trees. Carmel Road was particularly bad, ankle deep in water, with strong winds and heavy rain lashing into the runners.

I enjoy parkrun tourism. So far, I’ve ran at 48 different ones. This includes the most northerly event in the British Isles, at Shetland and the most southerly, in Jersey. It would be good to get a few of the more interesting venues ticked off.

What are your longer term running goals?

I would like to do some more 24 hour events. I ran 85 miles at Leeds last year and it would be good to beat that. 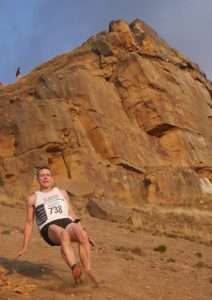 The Roseberry Topping race. It is running in its purist form, stripped down to its bare bones; no bling, no tee shirt. You turn up at the car park, hand over a fiver and off you go up the hill. At the top you touch the trig point and then come hurtling back down again. Fantastic!

Belfast Marathon. I had ran two previous road marathons, at Stoke and London, and messed them both up. In Belfast I made sure I didn’t go off too fast. I stuck behind a pacer for much of the race and finished in 3:42.

Perhaps somewhere on the coast on the Cleveland Way. Sandsend to Saltburn on a sunny day.

Running hell can be anytime, anywhere. It’s where the wheels come off with five miles to go. Everything is hurting, you’re really struggling and in your head you’re saying that you are never going to run again. I think we’ve all been there. 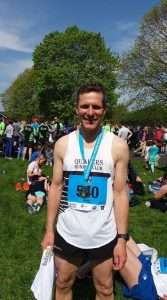 Ease into the hobby, leaving some room for improvement. Don’t suddenly enter every 10K race in the north east. Try some trail running, where PB’s are irrelevant. If finish times and splits are leaving you feeling despondent, leave your Garmin at home, run by the river and look at the ducks.

A coffee at the finish. I also sometimes sing to myself, but just in my head. 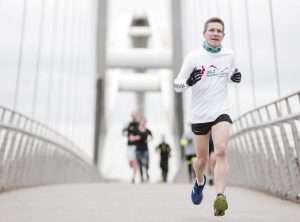 ← Member Spotlight April 2020 - Peter Rowley OBE Quakers Member Spotlight April 2020 - Rebecca Howard →
We use cookies on our website to give you the most relevant experience by remembering your preferences and repeat visits. By clicking “Accept All”, you consent to the use of ALL the cookies. However, you may visit "Cookie Settings" to provide a controlled consent.
Cookie SettingsAccept All
Manage consent