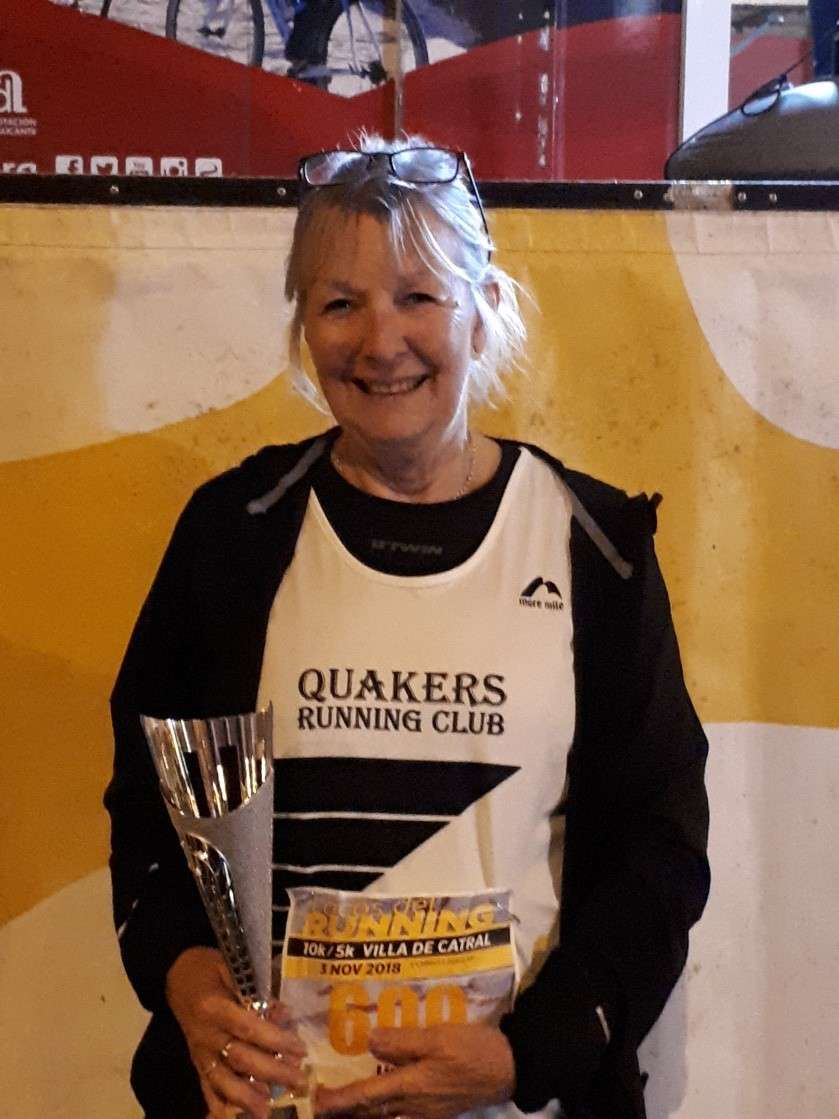 Many people give up running by their mid-50s; Lin Gossage was just getting started.

In 2002 on my 55th birthday at Club La Santa in Lanzarote (sports complex holiday) I decided to do the Race for Life in Middlesborough Ormesby Hall in the June (did it in 27mins), and Darlington south park in the July. I had never run in my life! I worked at Tesco and they were the main sponsor so I was encouraged by the store manager. 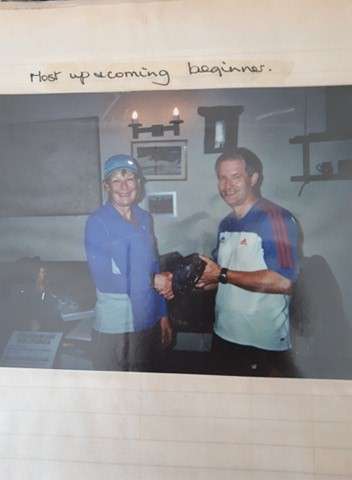 I was at a gym so the instructor taught me to run and I studied every aspect of running science, did a B-tech  in running.  It all fascinated me. I just loved doing it and was a sponge for information! There was always a goal I had set myself.

Used to be 3 or 4 times a week unless I was training for a half then it would be according to my training plan. Normally 2 or 3 times a week now but I call it “ going for a run”, the days of intense training are finished now…But since isolation, its treadmill and round the garden!

When I was training for London, yes I loved the training, building up the miles etc. Training for the many halfs I used to do was great fun. I set my own programmes and always stuck to the plans. I did enjoy the summer time drills with the club at  Abbey Road, but as my ability has become less able  I  must admit I can’t  keep up with club  training nowadays.

Yes, when I lived in Spain till Nov 2018, I cycled everywhere, went to keep fit classes did aqua classes,  tap and dance class,  walking group. Here in Darlington I do several fitness classes at the Dolphin centre and belong to the gym there.  At the moment, in isolation I am doing live streamed keep fit with my old group from Spain every morning plus dolphin centre exercise and other live streamed classes for yoga and aerobics.

I used to be on several committees and organising groups for various social and fund raising things, was in a rock choir and drama group in Spain, but since returning to England I have not taken anything on.   I don’t do craft type hobbies anymore. It’s nice doing nothing! 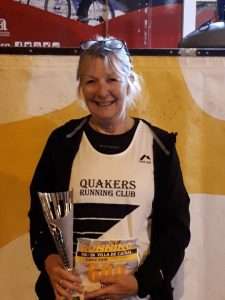 Up to 2008, before we moved to Spain I had done Flora London Marathon, Great North Run, Great South Run, Richmond Castle run, London 10k (running for the Help for Heroes team up till 2017), Great Winter run in Scotland, Great Edinburgh run, several other of the Great runs, many Cancer Research Race for Lifes, and a couple of seasons of Harrogate and District summer road race league with Swaledale Road Runners. Not forgetting of course Darlington road race. Then after 2008 most of my races were in Spain except London 10k and Race for Life which I came back to the UK for. Spanish races are amazing, from Sept to May there are so many local races I could do one a week. They are  cheap to enter at 7 euros, wonderful trophies for all age categories and I was often on the podium ( mainly because there were no Spanish older females and  just a few of us expat club runners and I was older than most , so not many to compete against) , great goody bags containing anything from, a technical teeshirt or vest, hat,  onions , oranges to sausages and one of my favourites on new years eve in Crevillente  we got a door mat ! Crevillente 10k on new Years eve 2016 was my 100th race.

Just to get out there and not let the arthritis, sore knees  and old bones stop me doing what I love.

What are your longer term running goals?

It was to build back up to 10k races again,  including  Darlington road race and many more I’ve registered for in 2020, but the virus has put paid to all that for this year. Next year I will be 74 and not sure if I can rebuild again but we will see!

.What is your favourite race/distance/terrain?

Always was 10k road races, now its 5ks and I love parkruns.

The fact I have done around  150 races of various types makes me proud . Also standing on the podiums in Spain was always a good one . . But another thing I am pleased with myself was  after a serious fracture just before the Santa Pola Half in January 2012 ( as popular in my part of Spain as the GNR)  running with the fracture,  thinking it was a pulled muscle, completing the race with strapping right up my leg., being in a  plaster cast  for 9 weeks and then  getting my fitness back  within 11 months to run the Barcelona new years eve 10k . 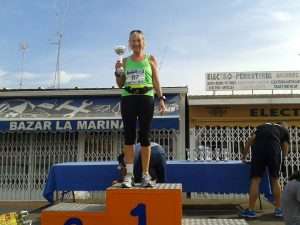 Not a thing. Have loved every moment of my running life.

I have 9  pairs of run shoes in the house and 2 pairs at our caravan…4 pairs of fitness and going to gym trainers, mainly because for 10 years in Spain I had  a pair of  running shoes  at several family members  homes in UK along with run kit, so I didn’t have to bring anything over with me. And as some were only worn a few times a year there is a lot of mileage in them.  I still have my first ever pair which are huge heavy and very thick soled; just as a keepsake! My favourite brand is Brooks and I have different ones for what I call summer, winter, and wet!! I have more pairs of trainers than girlie shoes!!

My training runs in Spain, at 6am along the coast roads watching the sunrise over the sea.

Run for yourself, do your best, listen to your body and enjoy.

The same as above!

As I am normally near the back of all  races anyway, I have learned to embrace it and just keep going… enjoy the good things of that race like the spectators encouragement.  I have never, not finished a race. 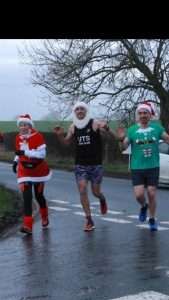 In Spain it would be the free beer and food supplied, then home for a meal in a local bar .. Here, I like a nice cup of tea and feet up

I have run all over the place but I don’t wish to travel anymore after living abroad. So I am quite happy with Darlington South Park on a Saturday for parkrun!

← Member Spotlight Lee Morris Member Spotlight April 2020 - Peter Rowley OBE →
We use cookies on our website to give you the most relevant experience by remembering your preferences and repeat visits. By clicking “Accept All”, you consent to the use of ALL the cookies. However, you may visit "Cookie Settings" to provide a controlled consent.
Cookie SettingsAccept All
Manage consent