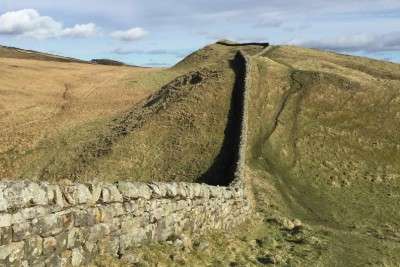 Before
If you have not heard of the Long Distance Walkers Association (LDWA) before a smidgen of background information.Basically it does what it says on the tin 43 geographical groups across the country promote and organise long distance walks. Their minimal distance is approx 20 miles the majority being informal social walks. Typically each group will stage a number of Challenge events each year and that is where us runners appear with their blessing. These challenge events are typically around 24/26 miles (everything old school measurements) with a few 50 milers.

The daddy of them all is the annual 100 miler held in a different part of the country each year. This will be the 47th edition. Having completed 5 of their previous hundreds have a good idea what I am getting into. The attraction of these 100 events are superb organisation,relaxed cut off 48 hours,a smorgsboard of goodies at each checkpoint,together with a entry fee you do not have to hide from the bread knife.

Bit apprehensive going into this one, I believe the modern term is bricking it,?? Have completed 14 hundreds and failed on only 2,one being the spine challenger in 2016 where you had to carry the contents of a small bungalow on your back therefore started babbling at 80 miles and retired. The other being my last 100 in the mountains around Grenoble last August. Yes a tough event but the conditions where nearly ideal, had no route finding problems,but from 50 miles slowed to the pace of an asthmatic ant with piles.Had no option but to call it a day at 57 miles have never felt so knackered in my life. So the seeds of doubt have been sown. Is my aging frame finally saying Oi pack it in you daft old git and leave it to the young ones, park run for you old boy! Or was it just a bad day at the office, a mild virus or the difficulty in running in a foreign language.

The 101 miles with 14,000 ft of climbing should provide the answer. The climb over crossfell of 1500 ft probably during the night being the highlight. Decided to adopt a different strategy this year. Because the event caters for a wide range of disciplines from racing snakes expecting a sub 20 hour finish to walkers who will just beat the 48 cut offs the organisers to prevent checkpoints being open for ever operate a staggered start. Typically I have started 4 hours later than the mass start. However this puts you into catch up mode and even if you try to keep a reasonable pace that catch up monster keeps whispering in your ear. So to keep the pace relaxed in the early stages decided to join the mass start with the opening times of the first few checkpoints ensuring I will not go out like a headless chicken. Coupled with not having a estimated finish time should stop me from resembling bambi on ice with a drug habit in the later stages of the event. Apart from that will adopt my usual strategy of treating it as a eating contest with a bit of running in-between checkpoints. Ah but there is one deadline that has to be beaten must get back to Hexham in at least 34 hours something to do with the licensing laws.

Since the French debacle did nowt for a month after which had a great run of races(no pun intended) 2 fifties, a thirty, 6 twenty three ish LDWA events and even a marathon on the black stuff. Then just as you think all is going to plan the dreaded injury monster bites you in the arse. In this case yes an injury in the arse in the back end of March. As Del boy would say sacra flaming bler. Five weeks of walking around practicing my bear impressions and the bread knife walking around trying to keep out of my way. However there was light in the darkness the fantastic Lucy Bendle managed to beat up my body and not only get me to the start line for the HH but allowed me to also run round the streets of London.

During.
I have read many race reports, some of them on the longer races must take the authors days to write as the detail they go into, what time they went to bed, how long to pack their gear, travel to the event, what their friends thought of ultra running, you are on page 11 and they ain’t started yet. Then you get a blow by blow of the route, time taken on each leg, who they talk to, how much tailwind they smoke, what they ate, what they didn’t eat, did they get wet, a detailed weather update, who phoned them, whether their gizmo gave the pace to thirteen decimal points etc etc. After half hour you loose the will to live.

Will keep this simple Highlights and Lowlights.

Highlights
After the first checkpoint the route continued for approx. 15 miles on the Hadrian Wall path. The best weather of the event gave extensive views all round this beautiful part of the country and enabled you to fully appreciate this marvel of engineering.Yes a few ups and downs but a sheer delight to bimble along taking it all in. As it was bank holiday weekend met many walkers on the path the majority realising that the race was in progress,received 45 well dones and 39 keep goings.

From checkpoint 12 to the end was about 10 miles by then the weather had relented. After leaving Allendale the route went across Spitalshield Moor before descending through Dipton Woods climbing slightly by the racecourse before diving down to the finish. I was complete Billy no mates on this section and relished the isolation and the state of chufidness knowing I was going to finish. The place was alive with birds of all description which added to the whole scene of isn’t nature wonderful.

As mentioned above one of the attractions of LDWA events is the fare available at checkpoints. For the hundred each checkpoint is run by a different group from around the country. I am sure there is a bit of rivalry to which group puts on the best spread. I think this year was the best yet. It was a wrench to leave each one as the food was absolutely first class. Which other events tempt you with a full English breakfast at one in the morning. I completed the last forty miles mostly on my own so at the checkpoints was being looked after by up to 10 people, told to sit down and my every whim was catered for, bliss.

Leaving Alston met another runner going in the opposite direction obviously off piste. Turned out he was a fully committed 100% gizmo man. Apparently he had been trying to find the route for approx. 20 mins and was struggling. Route description go past the filling station, just before bridge signpost in gap in wall. Simples. I let him get ahead. One up for old school navigation.

Lowlights
I was really looking forward to the traverse of Cross Fell.I did realise it would be during the night but if the weather was decent and there was a moon it would be some experience. But the weather gods had a different idea.In total it is 16 miles with a safety checkpoint at Gregs Hut at 6 miles. It became ominous on the climb to the hut as the clag began to descend and the wind picked up although the temperature was nothing to get worried about.The marshalls at the hut insisted we buddy up and put on all our spare layers and waterproofs. I thought this was a bit over the top but they insisted that the conditions on the summit plateau were a tadge inclement. In the briefing notes they informed us that the path over the top would be marked with glow sticks. Again I thought this to be against the spirit of these events as it is much more of an achievement to self navigate. On all counts I could not have been more wrong with a capital W. So with phasers set at stun we exited the hut.The starter for ten was navigating a bog,The clag now so dense that the light from your headtorch just bounced back making nav a nightmare and even hiding the glowsticks. Then just as we clipped tallies on the summit the wind started blowing a hooley and down came the rain.The next hour was perhaps the scariest I have faced in this running malarkey and was eternally grateful to the guys I was grouped with.

After descending into Dufton being able to change into dry gear and a good feed perked up the spirits. The weather had calmed down and the 8 mile climb over High Cup Nick was hopefully going to be the jewel in the crown. I must have really upset the weather gods as halfway up the climb had a repeat of the conditions on Cross Fell minus glow sticks.

After
Finished in 31.28, 27th place,with the injury hampering preparation a very happy man.The winner slightly ahead in 22.40.
Starters 479,Finishers 293 with 186 not making it,gives some idea re the severe conditions on the tops.Believe this is the second highest drop rate since the LDWA hundred began 47 years ago. Reports of people lost on Cross Fell for three hours.

Cannot stress enough the value for money this event gives.The amount of food I went through at the 13 checkpoints would not have been covered by my £75 entry fee. Yes you only get a cert a cloth badge and a bottle of beer at the finish but do I really want another t-shirt.

So have I redeemed myself after the calamity in France. Has to be a maybe, yes got the distance but the climbs in the European events are usually double what we have in the UK.

If you fancy a go at this event the next three editions are:
2020 South Wales 2021 Pennine Traverse so up north somewhere 2022 Shropshire.

Oh nearly forgot.Yes I did take my own wasp but had no opportunity to use it.Confused?See my last race report re the Thunder Run July 2010.

← Race Report - The British Master’s Cross Country (Part 2) Race Report - Sedgefield Serpentine →
We use cookies on our website to give you the most relevant experience by remembering your preferences and repeat visits. By clicking “Accept All”, you consent to the use of ALL the cookies. However, you may visit "Cookie Settings" to provide a controlled consent.
Cookie SettingsAccept All
Manage consent