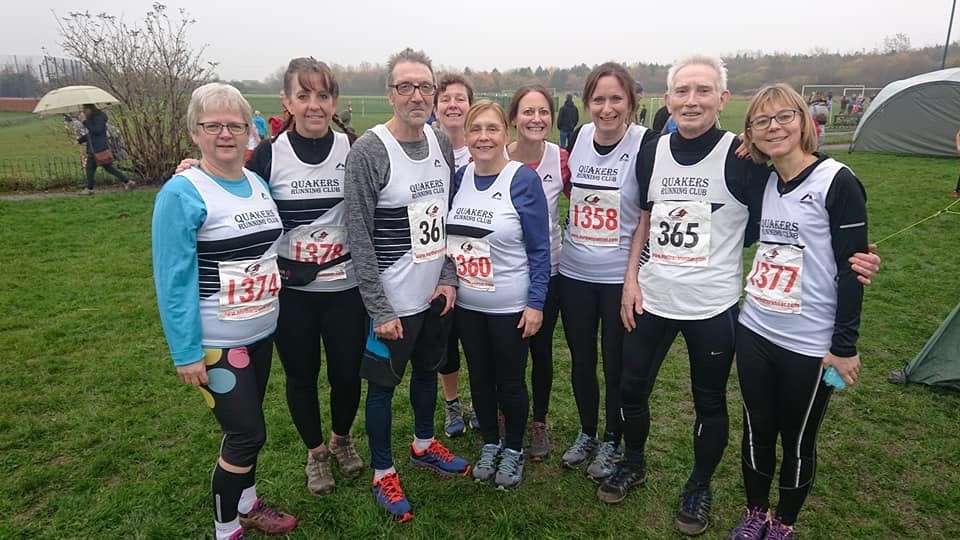 For those of you who remember the 70s, try and imagine the Bionic Man doing “It’s a Knockout”.  Imagine no more; Ladies and Gentlemen I present, Viv Hardwick! 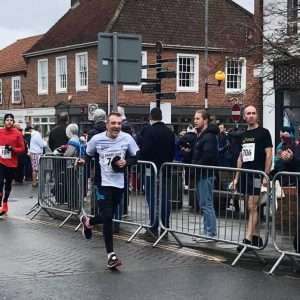 While playing the best football match of my life (a Bucks County Cup Final) in 1979, the right back from the opposition kicked me so hard that I landed in Hillingdon Hospital. I’d been a combative runner at school, but football took over when I signed for a Southern League team at 16. Dismissed as too small to be a professional player, I tried my luck at the area’s best amateur teams until the fateful afternoon that I came close to joining the Long John Silver Impersonators Club.

An operation on my collapsible left knee at Oxford’s Nuffield Hospital was spectacularly unsuccessful and my poor wife had to put up with constant phone calls from clubs seeking progress reports and then me being carried home by two of my brothers when I agreed to make yet another comeback. To stay sane I ran. Somehow the trusty right peg supported an unreliable left and hours of gym work and mega-miles on the treadmill kept up a level of fitness which saw me selected to compete on TV for Milton Keynes’s team for It’s A Knockout. Or as my best friend of the time declared: “How the bloody hell does a one-legged man finish as a top ten qualifier?”

Perhaps it was coincidence, but I was dropped to reserve just before the contest against Stevenage and Hemel Hempstead, but reinstated because the team was one short for the caterpillar race. Sadly, we didn’t make it to Switzerland.

A move to Darlington in 1985 and more knee operations brought me into contact with Mr Rutherford at the town’s Memorial Hospital. In the early 90s, he  repaired a broken bone in my knee joint and gave me ten years of football, coaching and a win in Bannatyne’s Gym’s first indoor iron man contest. It couldn’t last. In 2012, my right knee collapsed and was replaced in 2013 and the troublesome left turned to metal and plastic in 2014. At my bedside, Alison told me she’d taken up running and was going to do couch to 5k. I couldn’t run a bath and rather shocked most physios with questions about running again. A year on the treadmill, calf and hamstring injuries and trailing around at the back of Alison’s running group was to follow. Finally, I managed a 29.55 Parkrun late in 2016, the only time I got around officially that year. Harriers contacted me about joining up. Alison said: “No one has ever asked me to join. You’re coming along with me to Quakers.”

First, it was conquering the fear of just getting from A to B. Then it was experimenting with stride patterns to replace the short, choppy style I’d adopted to cope with knee trouble. Finally, there was answering that nagging question about just how quickly I could move with replacement knees.

Lots of core work and static leg lifts and using the Quakers excellent range of main sessions and steady runs twice a week, plus a weekend run when there are no races.

Be honest. Do you enjoy training?

Yes, but I’m uncomfortable on ice and snow having had a few falls in the past.

I still carefully kick a football with junior school youngsters where I work. The head teacher is a fan after he saw me pull the ball out of the air with one foot and pass it back with the other. I became the subject of a school assembly talk about First Impressions That Can Be Deceiving!

I have a big reputation to live up to because both my grandfather and father were County Show Gardening Champions and my dad went on to judge horticultural shows. I’m not on their level, but I do like to grow things.

When marathons were all the rage in the 1980s, I worked with Leighton Buzzard Rotary Club to organise the town’s first event. To cover the frustration of not being able to compete, I set up a team relay so that I was able to run part of the distance.

It shouldn’t surprise anyone who has bothered to read this to know that I overdid things while battling to get my youngest son’s garden back under control just before Lockdown. I had gone down south to help because my daughter-in-law was in hospital and my son was trying to work, visit his wife and look after my three-year-old granddaughter, who was not allowed to go into hospital. My left knee is playing up and I can only hope that things improve.

What are your longer-term running goals?

At 67, I can just hope there is a longer-term for anything.

Having been told from the age of 16 by football coaches that running on roads would wreck my knees, I have quite enjoyed roadwork but all those years of ploughing through muddy football fields certainly helps with cross-country.

Has to be last year’s awards which somehow pushed me under 24mins for the 5k challenge and saw me grab a NYSD third place for the 65+ event and selected as Quakers’ Male Cross-country winner. That meant a lot. 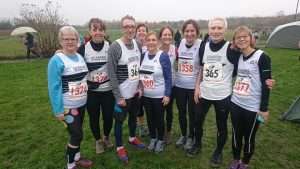 Never being brave enough to take on a London Marathon when I might have been fit enough.

Three. All Saucony. One for road. One for trail or cross-country and one for training. I’ve just had to pension off the pair I first wore in 2016. They were perfect.

If I can’t bring back my two Musketeer brothers, who I ran with as boys. I’ll have to settle for that 2k downhill stretch of the Fountains 10k which made me fall in love with running.

That moment where you’re treading water with nothing left and it feels like you’re going backwards.

Parkrunner’s advice about not starting off too quickly. But all the Quakers’ coaches have been helpful.

A stubborn streak runs in the family.

The fantasy is Bondi Beach. The reality will be staying fit enough to run alongside my grandchildren. 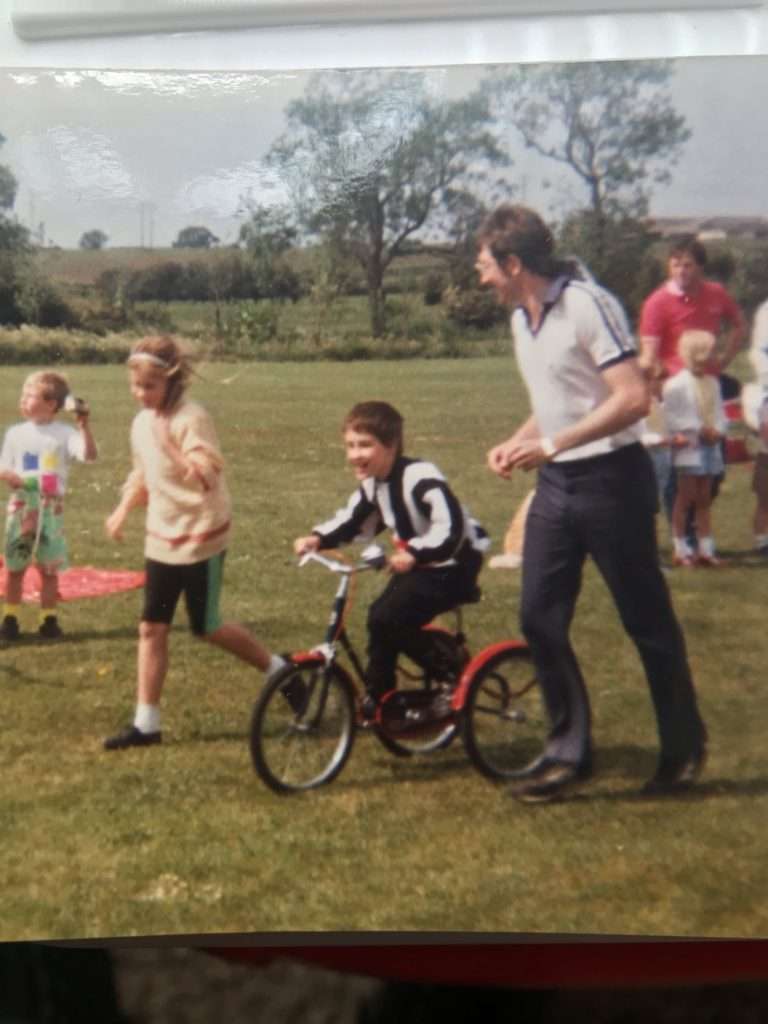 ← Quakers member spotlight, May 2020 – Mary McIvor Quakers Member Spotlight, June 2020 – Graham Park →
We use cookies on our website to give you the most relevant experience by remembering your preferences and repeat visits. By clicking “Accept All”, you consent to the use of ALL the cookies. However, you may visit "Cookie Settings" to provide a controlled consent.
Cookie SettingsAccept All
Manage consent