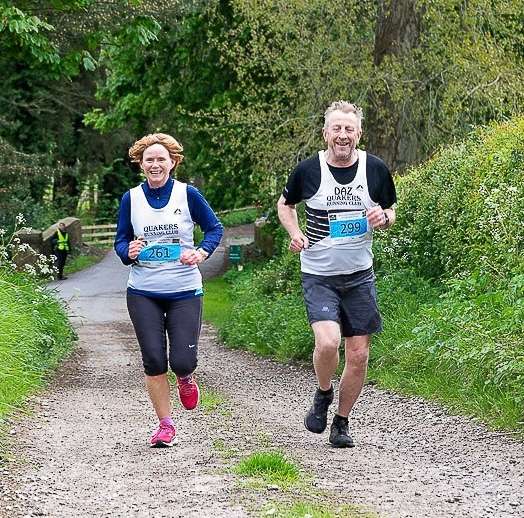 The last two weeks had seen Quakers out on a variety of terrains and distances, with a few also claiming some prizes. 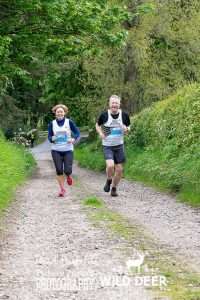 The fortnight had started at the NE Masters track and field meet at Monkton Stadium in Jarrow, where Paul Roberts broke the club record in the 100m clocking 14.8s, while also landing 3.94cm in the long jump

Three were out running marathons on that first weekend. At the Windermere marathon, which started and finished at Brathay Hall, Angela Clement completed the 26.2 miles in 4:38:00 along with Jo Meynell in 5:02:43.

Further afield, Brian Martin headed down to Peterborough for the marathon event taking place there, finishing second in his age category in 3:17:24.

Up at Alnwick Castle, Hannah Alderson completed the multi-terrain 10K race held there in 56:28.

The previous week had seen more action, most notably the two Quakers who completed the Hardmoors 160 – the “Ring of Steele” – including covering the entire length of the Cleveland Way. Billy Harris finished sixth overall in 42 hours 3 minutes, while Wendy Colling came home in 51 hours exactly, finishing first in her age category as well as joining the exclusive 2000 Mile Club.

At the Gateshead half marathon, which started and finished at the Gateshead International Stadium, Dawn Richardson completed the 13.1 miles in 1:27:31 (and second in her age category) along with Helen Spaven (2:38:33) and Fiona Dixon (2:49:32).

Off-road, Dave Thompson ran at the Kettlewell Trail Half Marathon in the Yorkshire Dales national park, finishing the route which took in over 3,000 feet of climb in 3:15:42.

At the Derwent Reservoir 10 mile race, Karen Mavin completed the route which went around the lake itself in 1:45:20 along with Matthew Hargraves in 2:02:14.

← Press Report w/e 16/05/2021 Press Report w/e 13/06/2021 →
We use cookies on our website to give you the most relevant experience by remembering your preferences and repeat visits. By clicking “Accept All”, you consent to the use of ALL the cookies. However, you may visit "Cookie Settings" to provide a controlled consent.
Cookie SettingsAccept All
Manage consent