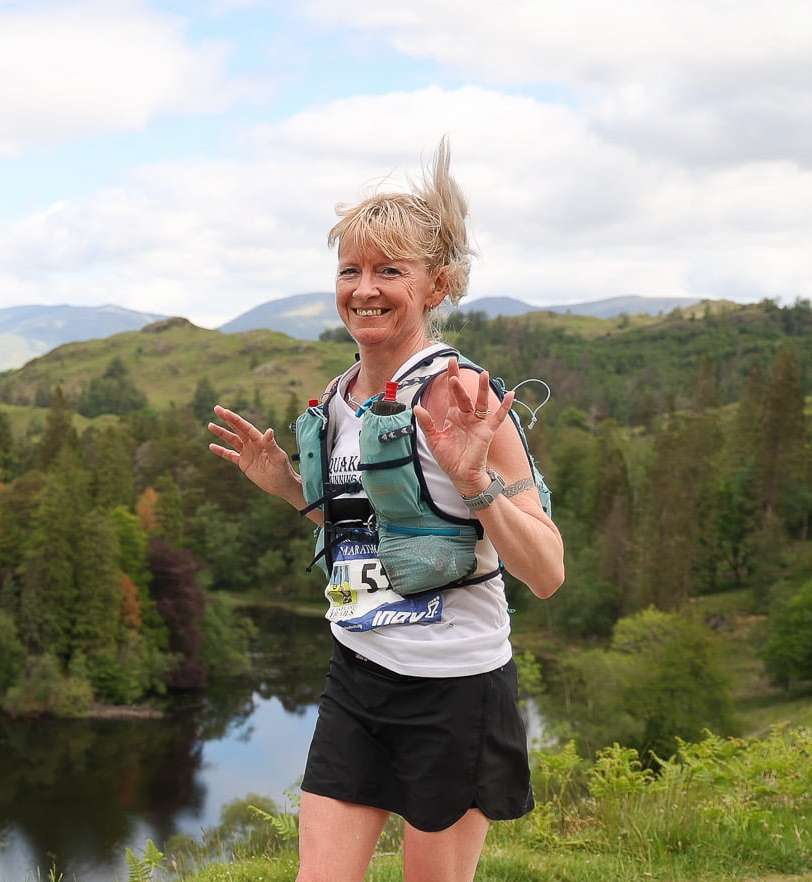 Quakers were out and about on a variety of distances and terrains over the last two weeks. 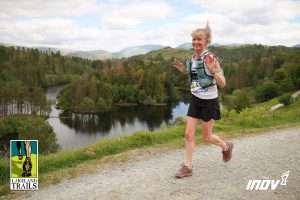 A smiling Claire Chapman heading round the trails at Coniston

The start of the fortnight began on the bank holiday at the Endeavour 10K held at Middlesbrough Sports Village, where Dave Jones completed the ten 1K lap circuit in 39:15.

Dave Thompson was down in Northamptonshire for the Farthingstone Foot Fest, completing the 26 mile route which took in 2500 feet of climb in 6 hours 22 minutes.

The previous week had started up on the track at Monkton for the second race in the North East Masters series. Paul Roberts raced in the 100m event once again, clocking 14.9s into a headwind.

The latest event in the Hardmoors Trail series took place over at the White Horse. In the marathon distance, Jennifer Hardy completed the route in 8:00:18; in the half marathon Karen Dove finished in 5:03:24, while Hayley Addison was the second female finisher in the 10K race in 1:08:25.

Dave Thompson was out for the second week on the trot, this time nearer to home in the Yorkshire Dales for the Settle Saunter, completing the 23 mile route which took in 3200 feet of climb in 5 hours 14 minutes.

← Press Report w/e 30/05/2021 Press Report w/e 27/06/2021 →
We use cookies on our website to give you the most relevant experience by remembering your preferences and repeat visits. By clicking “Accept All”, you consent to the use of ALL the cookies. However, you may visit "Cookie Settings" to provide a controlled consent.
Cookie SettingsAccept All
Manage consent