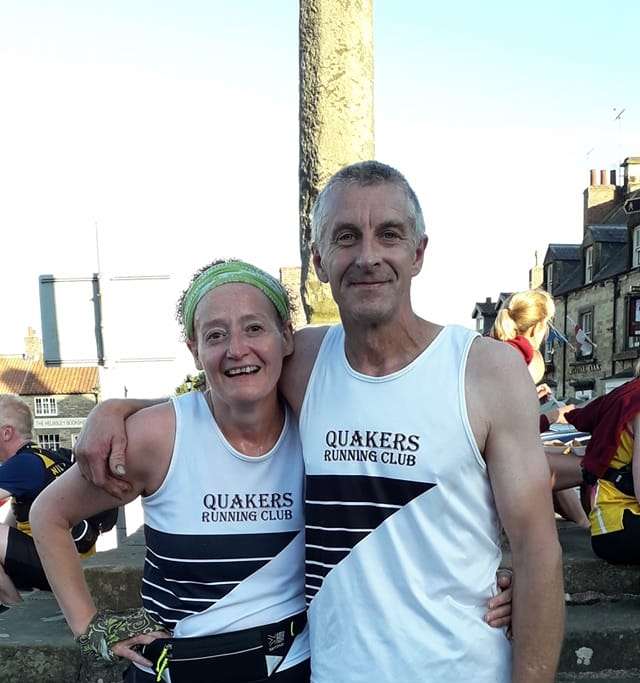 Quakers were out on a variety of distances and terrains once again over the last fortnight.

Claire & Jamie Norman in Helmsley at the end of the final leg of the Cleveland Way relay.

Two travelled up to Jarrow for the North East Masters track and field event. Brian Martin clocked 19:44 in the 5000m, and taking the bronze medal for his age category, while Ian Bond broke the club record for his age category in the long jump, landing 4.52m.

Dave Thompson was over in the Lake District for the Thirlmere Trot, completing the 24 mile route which took in 6500 feet of climb and both an ascent and descent of Ullscarf, in 7 hours 17 minutes.

Over on the Lancashire coast, Michael Oliver did the Southport half marathon, finishing the 13.1 miles along the seafront in 1:57:59.

← Press Report w/e 13/06/2021 Press Report w/e 11/07/2021 →
We use cookies on our website to give you the most relevant experience by remembering your preferences and repeat visits. By clicking “Accept All”, you consent to the use of ALL the cookies. However, you may visit "Cookie Settings" to provide a controlled consent.
Cookie SettingsAccept All
Manage consent