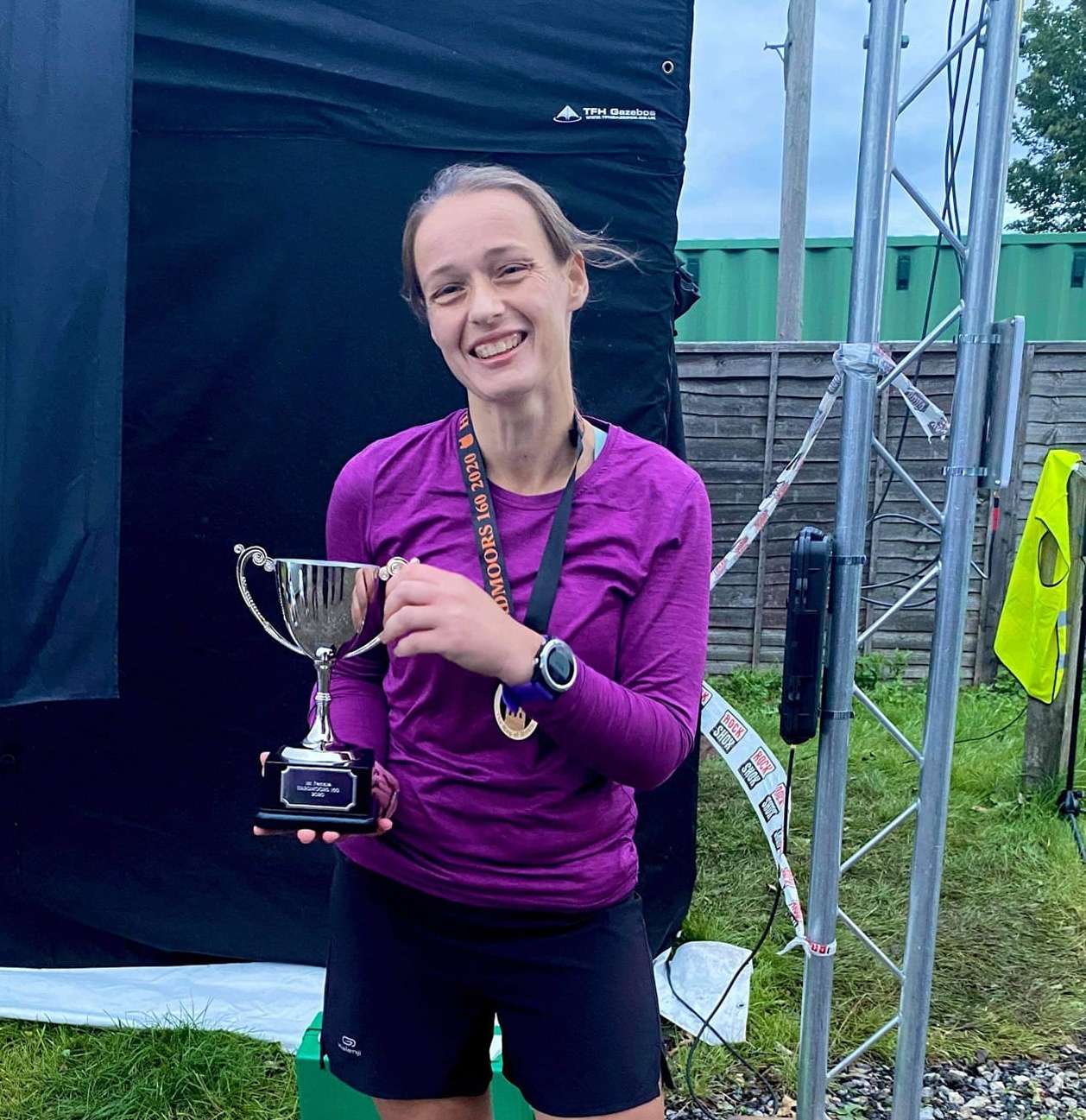 The last two weeks had seen the black and white colours finally flying again as a few races appeared on the calendar once more. 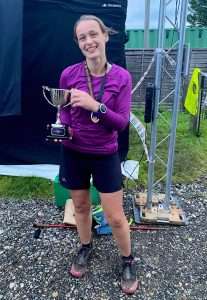 Emily Beaumont with her trophy as the first female finisher

The Hardmoors 160 – the “Ring of Steele” – took place at the weekend, which saw two Quakers among just eight runners to actually complete the epic distance. The route itself covered the entirety of the Cleveland Way itself, plus the extra part between Helmsley and Filey to make up the 160 miles. Billy Harris finished in 47 hours 41 minutes, while Emily Beaumont was the first female finisher in 50 hours 31 minutes, and in completing the course also entered the Hardmoors Hall of Fame for having ran 2000 Hardmoors miles.

The previous week had seen Dave Thompson be the first Quaker out running competitively in five months when he completed the Nidderdale Way Ultra, held in the area of outstanding natural beauty itself. Over a 54 mile route taking in 7,000 feet of climb, he finished in 14 hours 1 minute.

← Press Report w/e 15/03/2020 Press Report w/e 06/09/2020 →
We use cookies on our website to give you the most relevant experience by remembering your preferences and repeat visits. By clicking “Accept All”, you consent to the use of ALL the cookies. However, you may visit "Cookie Settings" to provide a controlled consent.
Cookie SettingsAccept All
Manage consent