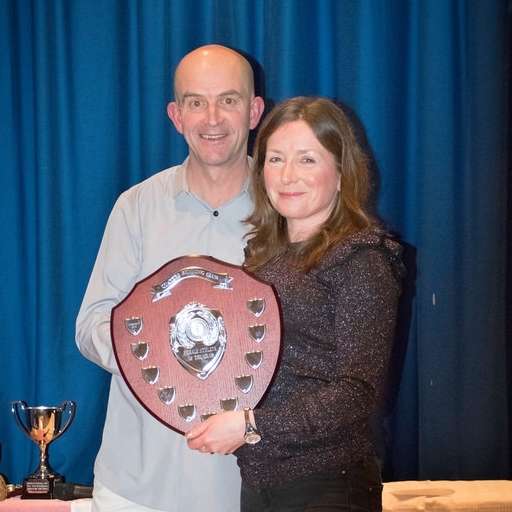 In a week which saw the club’s annual presentation night, one club competition began, while another race series drew to a close. In the various club competition awards, Brian Martin & Michael Joyeux jointly won the Club Championship, while the female title (and recipient of the Hillary Joyeux Memorial Trophy) was won by Louise Trainor. Marc Ellis and Gill Colling claimed second place in the competition, with Billy Harris and Julie Whinn both finishing in third. The 10K League winners, in league order, were Dave Jones, Rob Dent, David Todd, Brian McLaren, Luke Minall, Gavin Armstrong, Jamie Pratt, Caroline Brown, James Simpson and Lisa Alderson.  In the 5K parkrun handicap, Lisa Alderson won the title, ahead of Fred Tennant in second and Andy Whittam in third. Gill Colling was the winner of the summer trail handicap series, while Darryn Wood won the Quakers on Tour prize for completing the most different parkruns during the year.

The Neil Harrington Spirit of the Club Award, which was chosen by his wife Linda, went to Ian Young for the time he gives up to take the steady runs, both on club nights and the monthly Sunday run. The “One Who Slipped Through The Net” award, decided on by the Coaching Coordinators went to Tom Chapman for the improvements he has shown throughout the year, while the Cross Country awards, chosen by the respective captains, went to Lisa Reeve and Graham Park. The Chairman’s Award was presented to Olly Moore for all the technological work he has put in with regards to the club website and the membership process. The “Cat-Ass-Trophy” award, for the biggest slip-up during the year went to Sarah Watson, who, while taking part in a fell race, got lost and ended up crossing the finish line from the wrong direction.

The final event of the cross country season, the road relays, took place at South Park, where runners each completed two laps of the parkrun route. In the women’s race, Louise Trainor, Lisa Reeve and Tracey Plaskitt finished in a time of 51:39; in the men’s event, Paul Roberts, Ty Hankinson, Rob Dent and Marc Ellis came home in fifth place in 54:10, while Steve Howell, Mark Trowles and Stephen Moore fielded a partial team to finish in 47:56.

← Press Report w/e 04/03/2018 Press Report w/e 18/03/2018 →
We use cookies on our website to give you the most relevant experience by remembering your preferences and repeat visits. By clicking “Accept All”, you consent to the use of ALL the cookies. However, you may visit "Cookie Settings" to provide a controlled consent.
Cookie SettingsAccept All
Manage consent