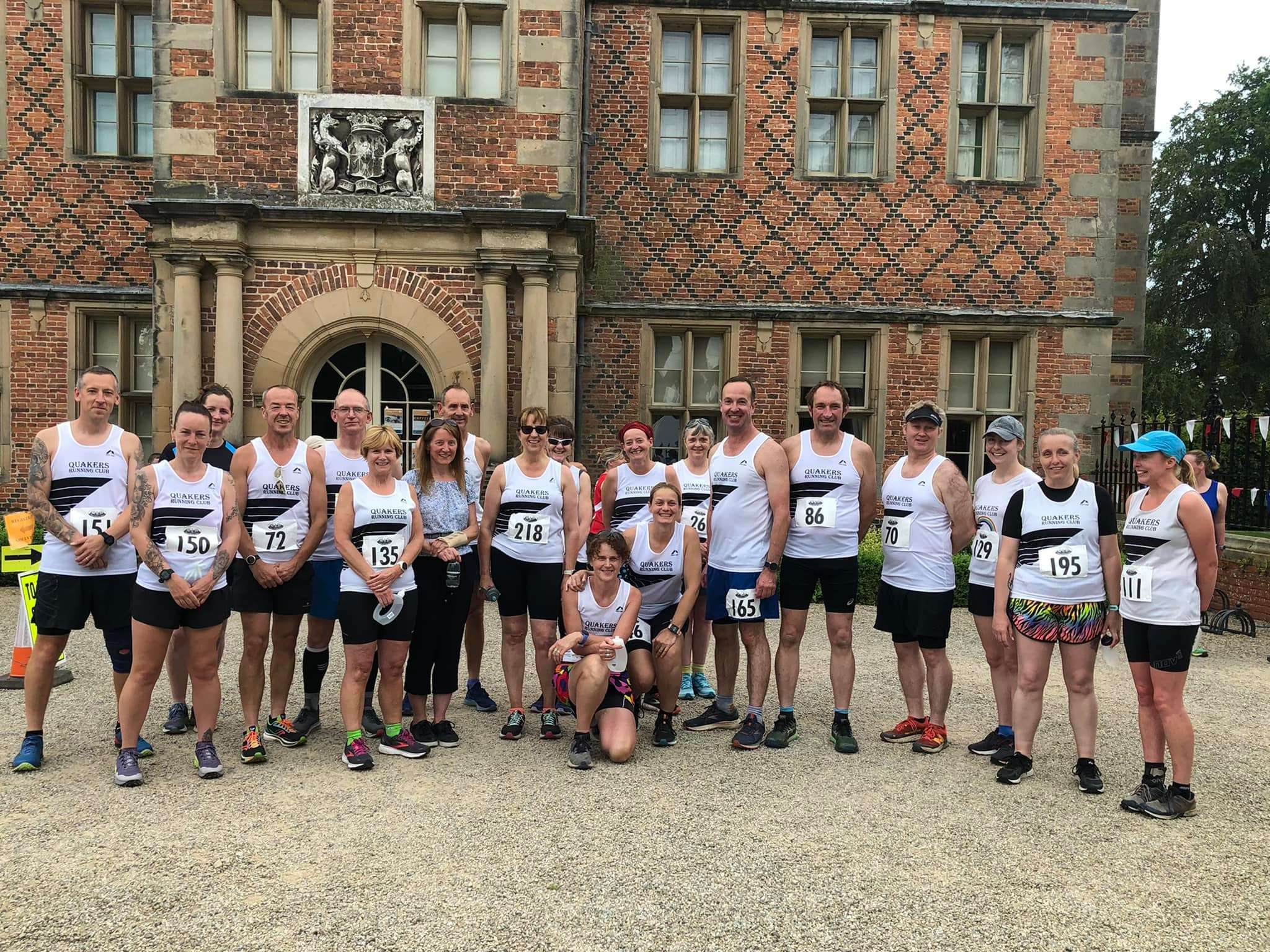 The second half of the month has been as busy as the first, with members completing a wide variety of events and distances and some ‘special mentions’ too.

This flat 5 miler is an out and back from Newburn towards Wylam. David Ledgerwood was our only Quaker taking part, finishing the race in 47:12

Quakers were placed 4th out of 12 teams for this event.

Completing the 50k route, congratulations to Brian McLaren on completion of his first ultra distance and first Quaker home in 6:36 followed by Claire Chapman (7:10) and Richard Hughes (9:57).

David Thompson was first Quaker to complete the 14 mile route in 3:07 followed by Sarah Bayles (3:43) and Lisa Jenkins and Michelle Dale in 3:46.

The Midnight Sun Marathon, the world’s northernmost race is run in the evening, starting and finishing from the city centre. Rob Dent completed the mostly flat race in a speedy 3:44.

Michael Oliver completed his 7th of 12 planned Half Marathons at Plymouth in 1:57.  The route is described as a stunning and varied run with coastal views, charming harbour and the beautiful National Trust grounds of Saltram Park, as well as the iconic Plymouth Hoe, where Sir Francis Drake played bowls!

The Penshaw Half Marathon starts at the foot of Penshaw Hill and the route takes in beautiful trails along the North and South side of the River Wear, with great views along the river and its broad range of wildlife and wildfowl, before the fabulous finish on Penshaw Monument itself.

Karen Dove was our only Quaker taking part and finished in 3:28.

There was a sea of pink in Darlington South Park as about 700 people took part in the Race for Life, the annual fundraiser for Cancer Research UK which is expected to raise in excess of £49,000, which will go to scientists trying to find new ways to prevent, diagnose and treat cancer.

Well done to QRC members who took part and also to the army of QRC volunteers (and family members) who helped to ensure the event ran safely and encouraged runners, joggers and walkers to complete the 5k route. A big thank you to Emma J for co-ordinating the QRC volunteers.

This event is organised to give runners the opportunity to set a new personal best on a fast and flat 10k route, over 2 laps at Ouston Airfield.

Jeff Marriott was our only Quaker racing and bagged a 1st in his age category, completing the race in 54:06.

Set in the picturesque Derwenthaugh Country Park, Gateshead, this QRC Championship 10k run is on paved footpaths and tracks in the park and is mostly flat.

QRC members Jo Meynell and Sally Singleton helped to launch the Darlington South Park ‘5K Your Way’ event.  As ambassadors, they invite anyone who had had cancer or treatment and is thinking of taking up exercise to run or walk Darlington parkrun (or some of it) with them on the last Saturday of each month and enjoy a cuppa and cake afterwards.

This charity event held at South Park, Darlington helps families through child bereavement, stillbirth and miscarriage, raising over £3000 for the charity.

2 Quakers supported this local event, Ian Burgess and Dave Jones, who completed the race in 24:38 and 26:14 respectively.

This race consists of an undulating route on trail paths around Carsington Water. The half marathon route is and out and back followed by 1 full loop of the reservoir.

Marc Ellis bagged himself another podium finish in this half marathon race, coming home in 2nd place in 1:27, also winning his age category by a massive 25 minutes.

Wendy Colling was the only Quaker competing in this event, finishing in 10:45. The route follows the Hudson Way from Beverley to pick up the Wolds Way just outside of Goodmanham.  It continues through Londesborough, Millington, Thixendale and Wharram Percy, before leaving the Wolds Way near Settrington Beacon and descending into Settrington to pick up the Centenary Way to Malton to the race finish.

Well done to David Ledgerwood for completing Brighton’s first ever Trail Marathon in 6:13. The route started from the East Brighton Park before heading out into the stunning Sussex countryside and South Downs National Park, taking in 6 major climbs.

This picturesque 10km runs through the Village of Staveley, its nature reserve and the surrounding area, over grass, footpaths and bridle paths.

Swinsty & Fewston Reservoirs in North Yorkshire were the outstanding venue for this race and the 3rd of their series in Yorkshire, starting and finishing on the East side of Swinsty Reservoir.

Kathryn Plant and Emma Bland completed the 10k event in 1:05 and 1:10 respectively.

This was event 4 of 7 of the Darlington Trail Series, starting from the White Heifer that Travelled pub. Phil Rutter finished in 23:58 and Ian Burgess in 25:03.

Special mentions this month go to Martin Mavin who completed the 109 mile Cleveland Way from Helmsley to Filey unsupported, over 4 days between 26th and 29th June and Graham Park who set out from St Bees on 18th June to complete the Alfred Wainright’s 190 mile coast to coast route in 8 days to raise funds for Cardiomyopathy.

Also, David Thompson completed the LWDA 100 event on 4th June, completing 100 miles in 35:51. They hold this event every year in a different part of the country and the 500 entrants are required to complete a qualifying event beforehand.

Congratulations to Diane Vaughan who has recently broken 2 Club Records. Diane was the previous holder of both running the 5K at Tenby with a time of 22:00 (prev. 22:03 Spring Coast) and 5 miles at the Bridges of Tyne with a time of 37:52 (prev. 38:18 Locke Park).

Another successful fortnight, well done everyone!

← Press report 1st - 15th June 2022 July press report: 1st July – 15th July 2022 →
We use cookies on our website to give you the most relevant experience by remembering your preferences and repeat visits. By clicking “Accept All”, you consent to the use of ALL the cookies. However, you may visit "Cookie Settings" to provide a controlled consent.
Cookie SettingsAccept All
Manage consent