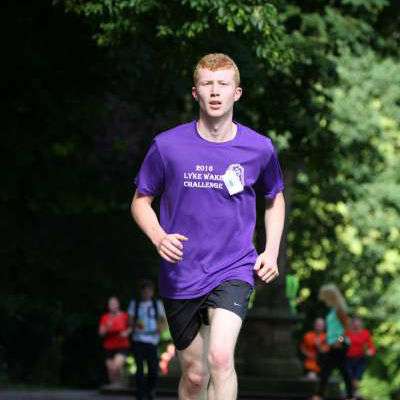 The past seven days saw not only more club records being set, but the Quaker colours heading all the way out to the Pacific coast. Ewan Henderson coming into the finish at the South Park parkrun

Midweek had also seen the 5K race up at Sunderland, where Diane Vaughan ran 22:22, along with Diane Adkins in 26:32.

The sole Quaker at the Castle Howard 10k trail race at the weekend, appropriately enough, was Rebecca Howard, who finished the off road route in 1:12:11.

Also running solo over at Burton Leonard, was Peter Rowley, who ran the 10K race there, covering the multi terrain route near Ripon in 53:57.

Three headed out to the Yorkshire Dales for the 30K race at Muker. Taking in a route which ascended almost 3,000ft from Swaledale up to the Tan Hill Inn, Michelle Boshier finished the hilly route in 4:22:39 along with April Corbett (4:38:24) and Anthony Corbett (4:38:25).

The longest distance ran last week though went to Richard Hughes, who completed the Race to the Stones, held along the oldest footpath in the country. On a route that went from the Chilterns in Oxfordshire to the North Wessex Downs, he covered the 65 mile race in 17 hours 6 minutes.

Flying the Quaker flag overseas was Paul Ryan, who completed the parkrun all the way over in San Francisco, USA, in 27:47.

← Press Report w/e 10/07/2016 Press Report w/e 24/07/2016 →
We use cookies on our website to give you the most relevant experience by remembering your preferences and repeat visits. By clicking “Accept All”, you consent to the use of ALL the cookies. However, you may visit "Cookie Settings" to provide a controlled consent.
Cookie SettingsAccept All
Manage consent