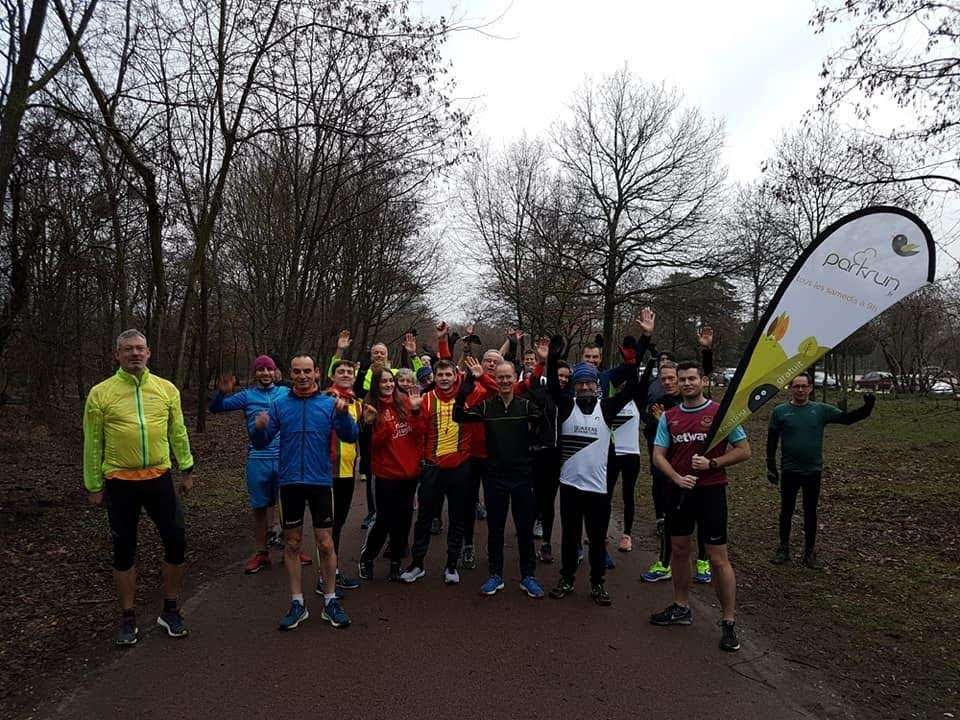 I love running. I love going on holiday and I love parkrun. What could be better than combining all three?!! It gets you out nice and early on a Saturday morning whilst you’re away, you get to do a run, and then – hopefully with any cobwebs blown away – you’ve got a full day of holiday ahead of you…
Last weekend, we headed over to Paris, so I did my homework and saw that the Bois de Boulogne parkrun was just over three miles away from where we were staying. Checking the public transport options this would be a bit of a trek to get to via metro but the elevation looked pretty flat and navigation straightforward to get from La Defense (Western Paris) to the start of the run, so it made for an ideal warm-up!
Heading from La Defense it was a steady downhill run through the suburb of Puteaux until we reached the Seine, and the Bois de Boulogne was not far over the other side of the river, so it was an easy run through woodland to get to the meeting point at the start of parkrun.
Bois de Boulogne is an interesting parkrun – although the park is full of people running and jogging around, there was only a handful of people gathered at the start of the parkrun, and they were predominantly English. In fact so much so that the run briefing was held in English! It’s a good thing it was, as on paper the course looked quite complicated – one big loop followed by two small loops, but as it turned out the everything was perfectly well marshalled and signposted so there wasn’t much chance of going wrong.
Before we knew it the run director counted a “trois…deux…un” down and we were off. Having looked at previous times and number of attendees I thought I was in with a good chance of being one of the first finishers so I started near the front, but the guy leading the pack shot off like an absolute rocket! I set off too quick and soon put the brakes on a little and slowed to a pace I was more used to. The first couple of hundred metres takes you on a gradual descent until you reach the first marshall. He pointed us round a sharp right turn and onto a stretch of trail running through the woods. It was funny to think we were in the middle of Paris but deep in the woodland!
By now the lad at the front was a dot on the horizon, but I managed to catch and pass a couple of other runners on this trail section. The course then took at turn to the right and this eventually brought us back out onto a tarmac path close to the start – that was the big loop done, and we were onto the smaller loops. This section was fabulous to run on – a wide downhill path with some glimpses of the city ahead of us. At the bottom of this path the marshal from the first junction pointed us in the direction of the second loop. This next section was on a slight incline but I had gathered some speed before the turn, and this helped propel me on up the path. As I turned at the marshal point I looked around and saw the people I had passed were well behind me, so I relaxed a little. However I also looked at my watch and I could see that I was on for a really good time if I could keep some momentum going. The shorter loops were a little less than a mile each so although I knew I had got the bigger section out of the way there was still work to do. Pounding through the woods I was soon back at the intersection that marked the start of the second short loop, once again I loved this speedy downhill section. The runner in front of me was almost out of sight and there wasn’t a hint of anyone close behind me, so I knew my position was pretty safe, but by now I was pushing for a time as I knew I was close to my parkrun pb! However for those of us that count in miles, that 0.1 of the 3.1 mile course always feels much longer, and so I just missed my personal best by a few seconds as I ran into the finish funnel. But I was really happy with my finish time of 21.04 seconds and overall 4th position.

I had a bit of a chat with some of the other runners as I waited for Claire and she came in a few minutes after me, finishing as second female! All in all an excellent start to a Saturday on holiday that was followed up with coffee and pain au chocolat as a reward.
It’s a very small parkrun but organised with enthusiasm, and I’ll definitely be back to run it again.
← January 2019 achievements 2018 Awards →
We use cookies on our website to give you the most relevant experience by remembering your preferences and repeat visits. By clicking “Accept All”, you consent to the use of ALL the cookies. However, you may visit "Cookie Settings" to provide a controlled consent.
Cookie SettingsAccept All
Manage consent