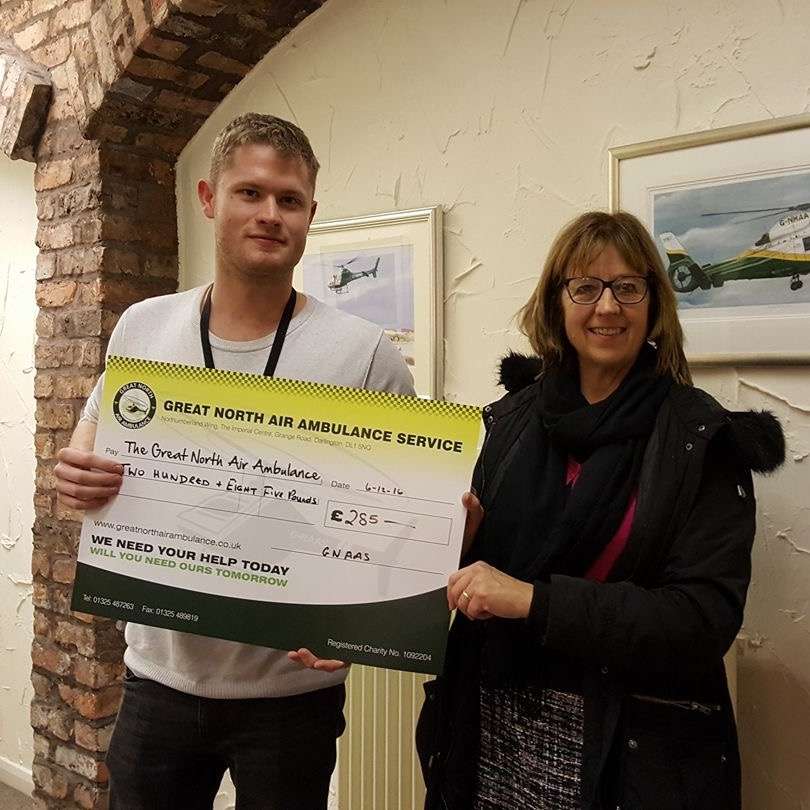 The club had the pleasure, this week, of handing over another cheque to our chosen charity for the year, the Great North Air Ambulance.

A total of £285 was raised following an entertaining quiz night on 18 November, which also raised £60 for Children in Need, which was being held on the same evening.

Added to the money raised earlier in the year from the ceilidh, it brings the total donated to the charity so far this year to £695. ← November Achievements December Achievements →
We use cookies on our website to give you the most relevant experience by remembering your preferences and repeat visits. By clicking “Accept All”, you consent to the use of ALL the cookies. However, you may visit "Cookie Settings" to provide a controlled consent.
Cookie SettingsAccept All
Manage consent