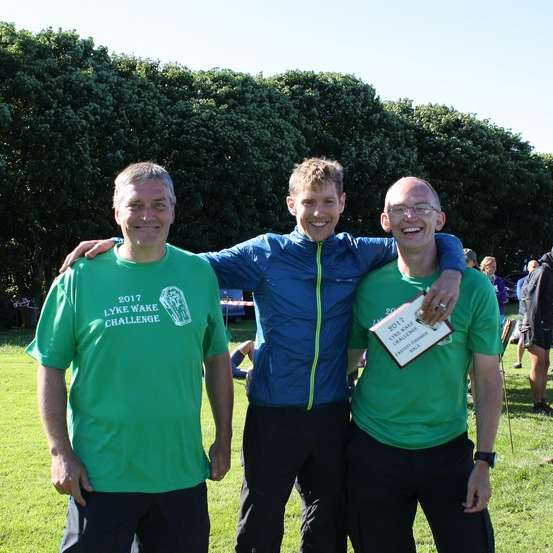 Quakers Running Club held another successful hosting of the Lyke Wake Challenge at the weekend, which unlike last year saw the sun make an appearance!

The challenge was not only planned and organised by the club, but also saw several members give up their time to man the seven checkpoint stations along the way.

112 runners started the challenge at Osmotherley, with all bar four making their way to the end, 42 miles later on the coast at Ravenscar. The fastest finisher on the day was Jayson Cavill, who stormed round the course in a very impressive 5 hours 27 minutes, while Shelli Gordon was once again the fastest female runner, finishing in 7 hours 11 minutes. Given the staggered start, Lorna Simpkin had the honour of being the first runner to cross the finish line, just after half past two.

Feedback from some of the runners who took part included “Fantastic event by the Quakers, amazing marshalls and even the sun made an appearance” and “Thanks a million times over to the officials who made it possible for me to complete the challenge. You went above and beyond to make it happen for me.”

The monies raised from this year’s event will be distributed to the two Mountain Rescue services which cover the area, Ravenscar Village Hall, the British Heart Foundation (Quakers nominated charity for this year) and RAYNET, who once again provided an invaluable communications service throughout the day. ← June Achievements July Achievements →
We use cookies on our website to give you the most relevant experience by remembering your preferences and repeat visits. By clicking “Accept All”, you consent to the use of ALL the cookies. However, you may visit "Cookie Settings" to provide a controlled consent.
Cookie SettingsAccept All
Manage consent