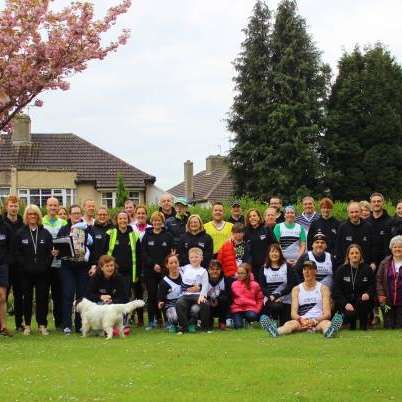 South Park once again turned into a sea of black and white vests as Quakers Running Club held their annual takeover of the local parkrun, which appropriately enough also saw the attendance record for the event broken as well.

As with previous takeovers, all the positions from run director and marshals, to barcode scanners and tail runners were filled by Quakers members. In all 50 people turned out to volunteer, which in itself was another record for the event by quite some distance.

To top it off, some members also volunteered to be pacers on the day, enabling several runners to set some new personal bests too. Finishers also had the added treated of cakes and other goodies baked by members of the club when they crossed the line! Quakers volunteers and runners at our parkrun takeover

← March 2017 Achievements April 2017 achievements →
We use cookies on our website to give you the most relevant experience by remembering your preferences and repeat visits. By clicking “Accept All”, you consent to the use of ALL the cookies. However, you may visit "Cookie Settings" to provide a controlled consent.
Cookie SettingsAccept All
Manage consent