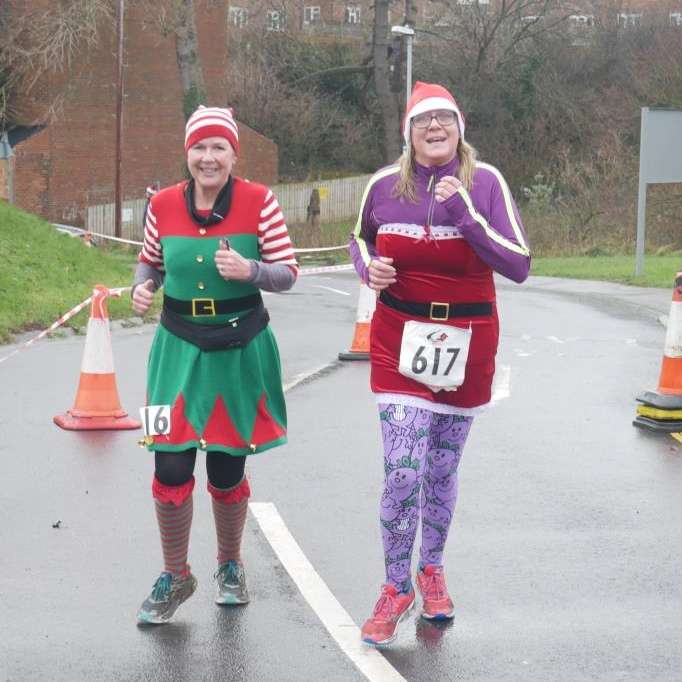 The black and white vest was thin on the ground at the weekend with only a handful of them making an appearance. Louise Trainor was the sole Quaker at the latest Tees Trail race over at Preston Park, finishing the 5K distance in 22:14 and being the first female finisher overall.

Down in Barnsley, Anna Hardy was running in the Elsecar 20 mile trail race. Held along parts of the Transpennine Trail, she completed the off-road route in 3:30:52.

Over in Lancashire, Peter Rowley took part in the Lancaster Christmas Cracker 10K, finishing the route held in some fairly poor weather conditions in 50:46 and also first in his age category.

The icy weather put paid to more parkruns on Saturday, including what would have been South Park’s fifth anniversary run. Of those which did take place, Steven Major ran at Catterick in 21:30 along with Malcolm Hewitson (24:06), Phil Clarke (25:26) and Jo Dickinson (28:31). David Ledgerwood did the Northallerton run in 25:22, Stephen Moore finished at Albert Park in 23:48, Peter Rowley completed the Fell Foot run at Newby Bridge in 25:46, while Darryn Wood did the Windy Nook run in 44:40. Further afield, Adrian Colbourne did the Edinburgh Portobello run in 26:26 while Lucia Minto completed the Crystal Palace run in London in 23:20.

Flying the flag overseas was Lucy Bendle who did the run in Cape Town, South Africa in 35:13.

← Press Report w/e 10/12/2017 Press Report w/e 24/12/2017 →
We use cookies on our website to give you the most relevant experience by remembering your preferences and repeat visits. By clicking “Accept All”, you consent to the use of ALL the cookies. However, you may visit "Cookie Settings" to provide a controlled consent.
Cookie SettingsAccept All
Manage consent