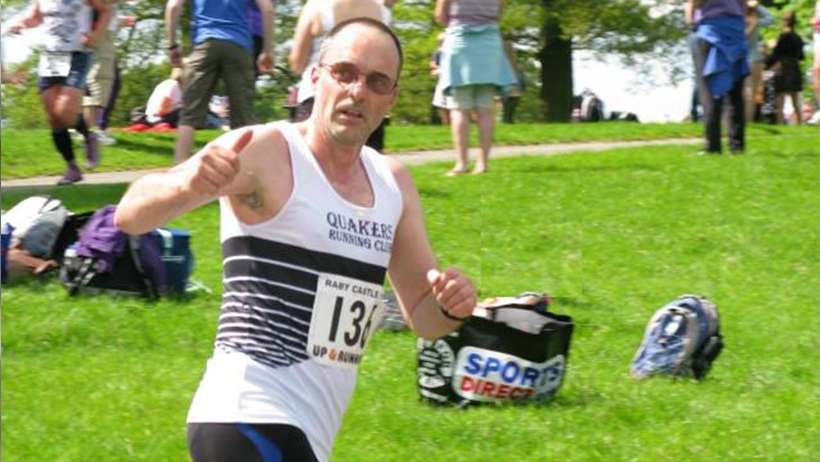 Many runners start out as sprinters then gradually move up to longer and longer distances as they get older and slower.  Our men’s track and field captain, Paul Roberts, has shown that you can do it the other way round. I enjoyed running at School, I was never the best at it but I was always there or thereabouts near the better runners, I continued after School by running in the then newly created Great North Run (if I remember correctly I did the first 4 years) and the Darlington 10k’s all those years ago.

The enjoyment and sense of achievement kept me going and the fact I could run better than some club runners without any training (this was when I was in my late teens and early 20’s).

Since I got back into running back in 2011 through the Run in Darlington programme (which was coached by our very own Graham Park) I’ve had a go at lots of different races 5k’s, 10k’s, 10 Miles, ½ Marathons, Trail Running, Fell Running, Cross Country (Local & Nationally) I even started training for York Marathon when I was 50 and did the Locke Park 20 as part of my training, sadly I never did my Marathon as I got injured and still haven’t.

At the moment I try to train at least 2-3 times a week which lately has been mainly Track Work with steady runs mixed in, but I’m hoping to change that to 3-4 times per week.

Yes I do enjoy training, it can be hard work and sometimes in the cold and rain you often wonder why? But if you don’t train then you won’t reap the benefits when it comes to race day. A couple of year ago I would have said I’m not bothered I will give anything a go. Since coming back from a long layoff through injury I would have to say 200mtrs & 400mtrs on the Track.

I can’t think of one.

My proudest running achievements have got to be when things just all fall into place and you smash your previous PB when your wife and kids are there to witness it and celebrate with you, and of course you’re fellow Quakers.

My idea of running heaven would be out on the Fells with blue skies a light breeze and forget about all the problems in the world and admire the views. Running along Redcar Seafront to Marske or Marske to Redcar in Gale Force Winds as it always seem to be in your face when the wind blows along that straight stretch of road.

Join a running club, attend the training sessions and feed off others (natural competition) and when a race comes up (whatever it may be) just give it a go as you might just surprise yourself.

The sense of personal achievement keeps me going, it might be a hard race or you’re just having a bad day, as long as you finish you’ve achieved something you probably thought you couldn’t.

Personally speaking your best bet is to just give it a go.

Protein Drink, cup of tea and a nice hot bath with Epsom Salts (Magnesium Sulphate) in, then either a meal out or a takeaway.

A couple of year ago I would of said yes a 10k in under 40mins, but times have changed and so have my goals in running. Now I would say 400mtrs in under 60Secs as I have nearly 7 seconds to knock off or lose 50mtrs to get there.

To be honest it doesn’t bother me if there is no goodie bag, t shirt or medal at the end, I’ve done races where you get nothing, something rather strange like a shoe horn (Mermaid 10k).   Medals & T Shirts or just medals or T Shirts or Goodie Bags but if I did get a Goodie bag I would prefer a bottle of water and a Mars Bar.

← Quakers duo are the Best of Darlington Quakers help out at the Race for Life →
We use cookies on our website to give you the most relevant experience by remembering your preferences and repeat visits. By clicking “Accept All”, you consent to the use of ALL the cookies. However, you may visit "Cookie Settings" to provide a controlled consent.
Cookie SettingsAccept All
Manage consent