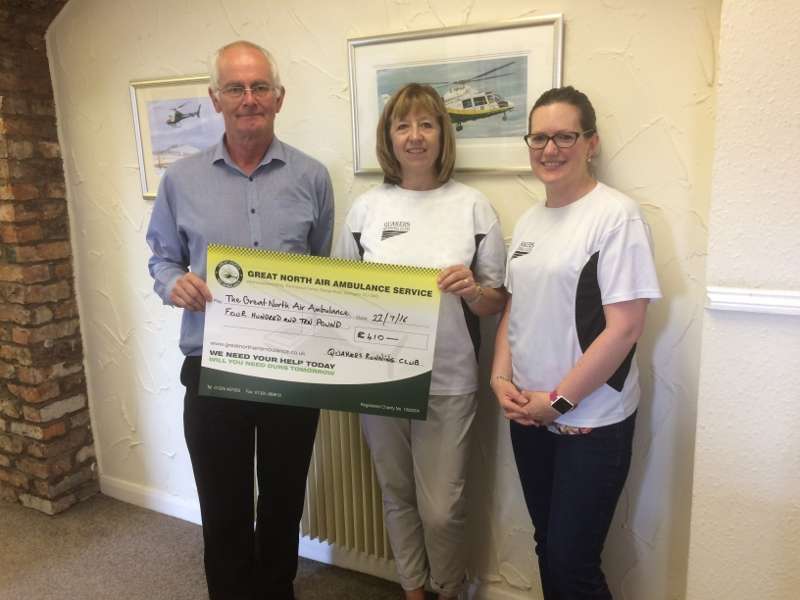 This week the club had the pleasure of handing over a cheque for £410 to the Great North Air Ambulance, our chosen charity for the year.

The money was raised following a charity fundraising evening held on 16 July, which included a ceilidh and music provided by Blind Panic.

Further events to raise money for the charity will be taking place during the rest of the year. Julie Whinn & Emma Joyeux presenting a rather large cheque to Dave Gibson from the Great North Air Ambulance
← Quakers host another successful Lyke Wake Challenge June Achievements →
We use cookies on our website to give you the most relevant experience by remembering your preferences and repeat visits. By clicking “Accept All”, you consent to the use of ALL the cookies. However, you may visit "Cookie Settings" to provide a controlled consent.
Cookie SettingsAccept All
Manage consent