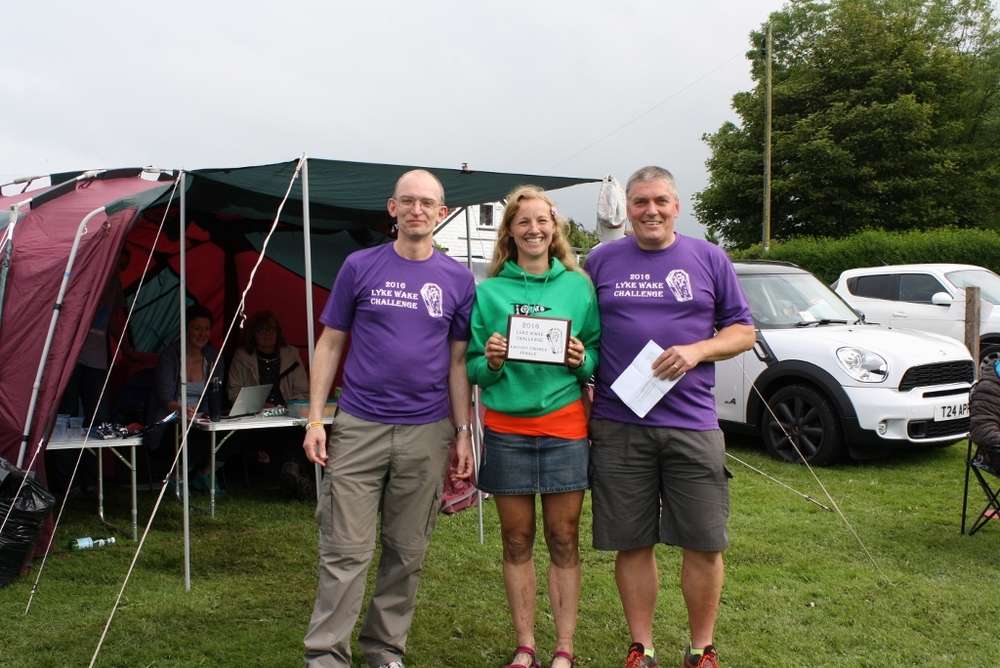 As well as planning the event down to the last detail, around 40 members of the club also gave up their time to man all the marshal stations along the way, providing some much-needed support to all the runners. Anthony Corbett and Roy MacDougall presenting Shelli Gordon with her prize for the fastest female.

The Challenge covers the entire length of the North Yorkshire Moors, starting in Osmotherley and finishing 42 miles later on the coast at Ravenscar. 111 runners started the challenging course with all but 7 making it to the end, despite some poor weather conditions en route and some very muddy conditions under foot.

The fastest male runner on the day was Ben Hamilton who covered the distance in 6 hours 6 minutes, while Shelli Gordon was once again the fastest female finisher, crossing the line in 6 hours 58 minutes. Paul Havis was the first male to actually finish on the day, with Vicki Howe, the first female.

The feedback from runners after the race was extremely positive, comments including “The Quakers Running Club have really done a fantastic job of organising this event” and “Superb event today, one of the best I’ve ever done – organisation, support and checkpoints all top notch!”

All profits from the event were donated to the Mountain Rescue Service. Next year’s race will take place on Saturday 8 July 2017.

← May Achievements Quakers raise money for local charity →
We use cookies on our website to give you the most relevant experience by remembering your preferences and repeat visits. By clicking “Accept All”, you consent to the use of ALL the cookies. However, you may visit "Cookie Settings" to provide a controlled consent.
Cookie SettingsAccept All
Manage consent